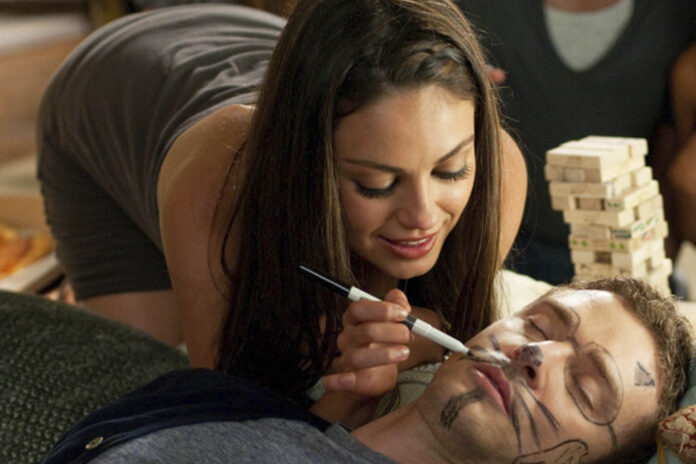 How to Tell if a Girl Likes You

For girls and guys both who are in the dating world, the dating life is tough and most of the time confusing. I am going break down the confusion of how to tell if a girl likes you, boys, and how to let a guy know you like him, girls. These aren’t the over the top gestures, this is what real girls do when they are into a guy. Most of these things can be taken for granite very easily by you guys. Remember that your gut feeling takes precedence over these signs because every girl is different, but if you can’t quit decode what your heart is telling you the following points can help you sort your thoughts out.

Girls just don’t text guys they don’t like on a regular basis. She might carry on a short text conversation to make plans for an outing. But if she likes you, she will try to make the texting conversations last longer. If she texts you for any amount of consecutive days, or into the wee hours of the morning that means she likes you. Smiley faces when she texts you are a pretty good indicator too. It is usually very easy to tell the difference between friendly texting or “I like you, please ask me out on a date” texting. Typically the feeling is mutual.

2She smiles shyly at you when you see her in public

She is afraid of being to bold or seem like she is trying to hard. But anytime you are in the same room or run into each other somewhere she smiles at you and makes a point to come say hello. She wants you to know she saw you there and wants to make sure you saw her too.

As hard as she tries she will probably still come off as she is trying too hard. I have a problem with this statement anyway. Men should want women who are borderline trying too hard. Why would you want to settle for someone who didn’t try at all? Everything in moderation is good, but too much can also be bad.

4Her friends make a “oh my gosh he is here” face, hit her, or look at you when you see her in public

When her friends act different when you are around, she likes you. Girls share almost everything with their best friends. My best friend was notorious for slapping my arm or leg when my crush walked into view. She also starred and it’s hard to miss someone staring at you, I decided she was evaluating their candidacy for dating me. We looked out for eachother just like all girls and their best friend do. I think the signal that I like guys was loud and clear because of her.

5When you indirectly invite her to an event, she will come

If a guy mentions that a band is playing at a local bar and she should look them up sometime, then she decides to randomly show up, she likes you. Same goes for events on college campuses or anything else. If you say you are going and hint that she should come too, if she likes you she will probably drag the bestfriend that stares at you with her to whatever event you indirectly invited her to.

6She seems nervous around you sometimes

Well of course she is going to be nervous if she likes you and gets to spend any amount of time with you! Fidgeting with her hair, playing with her food at diner, failing to make eye contact. I told the story of my completely awkwardly nervous second date with my current boyfriend in another article on Girlterest, Signs He Want’s to Marry You.  I was a complete and total nervous wreck on our second date, but now we are eight months in and talking about marriage. If she’s nervous, she cares. Her insecurities might just be surfacing during the date too. Guys, help her get past them!

In class, sitting at the bar, during a meeting at work. Any chance she has to say hello or joke with you she will take. This could potentially play into the coming off as working to hard, but she is making an honest effort. And I promise she is probably worried more than you know about coming off too strong.

8She is always happy when you see her

Happy, laughing, bubbly fun, acts like seeing you is the highlight of her day, because it probably is. You make her happy when you say hello or joke with her. If you have never ever seen her in a bad mood she probably likes you. Get ready for this one to change if you enter into a relationship though, there are things of nature that girls deal with that you will never understand men.

If you go on a few dates and she really likes you she might come off as a little clingy. If you can look past it and think you might want to start a relationship with this girl, the clinginess will fade. This can be blamed on the nervousness. She finally got a few dates with your hot self and can’t imagine screwing it up now. She will understand if you two just aren’t compatible, but if she thinks you could make a good couple there is a strong chance she could come off a little clingy.

10When you tell her something, she remembers

Your favorite food, a band you like, what your first childhood pet was, and even that terribly embarrassing college story about you stealing a fire extinguisher. She will bring it up, poke fun at you, bring you your favorite candy bar, point out golden retrievers in the park, and everything else you wouldn’t expect her to remember. She will suprise you with how much she retains, and it is all because she cares. I am always so shocked with how much I remember about the stories my boyfriend tells me compared to a friend. It’s like my memory is completely made up of random facts about him.

11She will look at your stories on Snapchat, and like your photos on FB and IG

If she seems to always be one of the first people to look at your Snapchat story, she probably likes you. I can speak from previous experience with this one. I always immediately opened he hot guys on my Snapchat stories immediately. The chance to see their sexy faces is just something I couldn’t pass up. Typically I had to get bored enough to look everyone else’s in my feed, but if they just posted something, it was getting opened right then. If you notice she always likes the things you post on other social media platforms as well, that is another indicator.

She won’t hold anything back after a while. If she doesn’t seem like she is a Harry Potter nerd and then suddenly tells you it’s her favorite book series of all time, she likes you. She want’s you to know her true self, and she will tell you things she might not tell everyone. If she thinks there is any potential for a relationship, she will be honest and open with you. Who wants to start a relationship not being 100% yourself.

13If she always seems to look amazing when you see her, she probably likes you

If she knows or even thinks you might be there, she will try to look her best. Why would she want to show up to a concert in her raty old band t-shirt when she could possibly see her crush? She knows wearing something that shows off her curves will be more likely to catch your attention. Like stated above though, after awhile when she knows you are both begging to get on the same page, she will wear what she wants becasue she wants to be herself.

14She lets you know she wants to see you again

She says “I can’t wait to see you again,” “We should do that again,” “I really had a great time tonight.” They can be subtle cues that every girls uses, but you guys need to remember that when a girl says these things and also shows other signs on this list, she is probably very sincere about “really having a good time” and “can’t wait to do it again.” Some girls say these things just to be nice, and I am sure every person on every date they’ve ever been on has heard one of these generic statements. Just remember that sometimes girls really think you “should do that again.”

15She wants to be your friend

As well as your girlfriend, I might add, but she truly wants to view you as a friend as well as more than a friend. The saying that goes something like “you should marry your best friend,” always stands out to me when I think about the relationship I have with my boyfriend. He is my best friend, and we started our relationship immediately acting like we had been friends for years. It was crazy how fast we formed a relationship. You have to be able to get along with someone if there is any chance for a relationship, and she knows that. 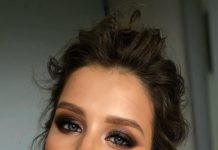 The Top 7 Pen Pal Sites: How to Get A Pen Pal