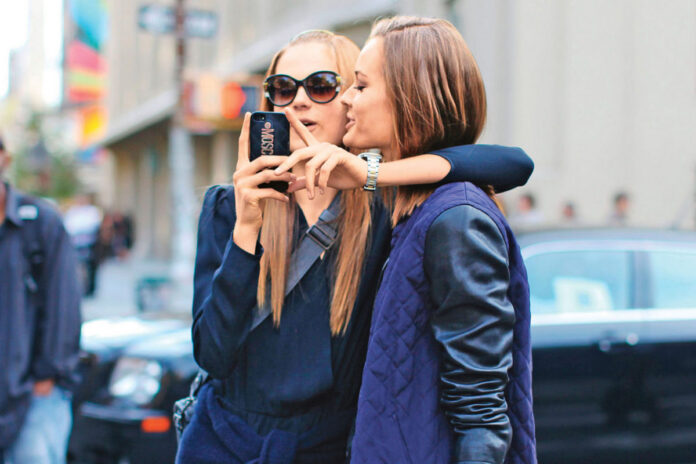 Games to Play Over Text With a Guy

Playing games when it comes to romance usually refers to mind games, but this list is all about actual fun texting games to play with a guy! Let’s be real, flirting is fun, but it can also be stressful trying to come up with witty responses and mastering the art of seeming interested without being desperate. Even though some of the games on this list you will recognize as things you played when you were younger, you should never underestimate the ice-breaking and entertaining role that games can play in the age of digital flirtation! Keep reading to check out our top 9 picks below. Half of the games are perfect for texting with your boyfriend and the other half are more geared toward getting to know each other which is great for when you’re texting with a guy whom you have a crush on.

There’s a lot of variations in rules for this game, but the gist is that one of you starts a story and then the other needs to add on to it and then you take turns building the story in funny and interesting ways. Over text, a simple set of rules would be each of you must contribute six words at a time and you each get 20 turns.

Why this is a fun texting game to play with a guy: Although it seems a little corny, it actually is a lot of fun! Since you’re already dating this guy, you don’t need to second-guess yourself or worry about coming off as “weird” so you can enjoy letting your imagination run wild.

Assuming you and your boyfriend both have smartphones with emoji keyboards, this texting game to play over text with a guy is a ton of fun. There’re so many emojis that don’t seem to have any meaning to the naked eye, but you can string them together in a way that sort of makes sense and will definitely lead to a lot of laughs. Try communicating only in emojis and see if you can understand what each other is trying to say!

Why this is a fun texting game to play with a guy: More likely than not, you two will not have much success in communicating, but that’s what makes it funny. You’re going to have to use your creativity, so make sure you have downloaded the latest emoji keyboard updates so that you have as many options as possible!

In this game, one of you will choose a word, and the other has to come up with as many other words as possible by scrambling the words around. You can make this game more challenging by setting time limits and giving extra points for certain types of words (for example, words that have five letters would be more valuable than words that have three letters). For each round, both of you get a turn to make up the word, and you can choose as many rounds as you want to play. IT the end, tally up your points to see who won! Tip: Choose long words so that there are more options to create!

4Would You Rather Texting games

This is a classic game that you have definitely played at some point in your life, but it is even more fun to play when texting with your crush! The premise of the game is to compare two horrible options and ask which one the other person would rather choose. For example: Would you rather have your head on backwards or your head upside down?

Why this is a fun texting game to play with a guy: Would you rather is an awesome get to know you game because it can be funny and absurd, or it can be serious. Either way, try to choose questions that require a lot of thinking. This is a fun game to create conversation because you can learn a lot about how you each think and also have debates about each option without actually “fighting.”

Looking for really fun games to play over text? This is another super fun options game, but with three components. Choose three people and the guy you are texting needs to choose which one of the three he would like to kiss, marry, or kill. Each of you will continue to take turns deciding on the three people.

Why this is a fun texting game to play with a guy: This is a better game to play if you’re not dating because it’s possible the kiss and marry aspects may make your boyfriend jealous. But, when texting a guy, this game is totally fun and light hearted.

620 Questions Games to Play Over Text

Why this is a fun texting game to play with a guy: 20 Questions is a classic get to know each other game which makes it the perfect game to play over text if you want to get to know a lot about your crush in a direct (but fun) way! Even though it can be tempting to try to know all of his life and deep dark secrets, make sure that most of your questions are light-hearted and won’t make him uncomfortable!

In this game, the two of you will quote lyrics or dialogue from songs, movies, or TV shows. Because the game has a variety of alterations, you can format the game to whichever version you wish, or even do more than one once a certain way has been exhausted. You can ask him to guess what the quote or lyric is from, finish the quote, or who said it. To make it easier, you can give categories like Disney Movies or 90s Hip-Hop.

Why this is a fun texting game to play with a guy: This is a great game to play when you’re both bored but can’t meet up. It’s better to play this with your boyfriend or a guy you know well rather than a new crush because it may be awkward if you try to play this with a guy who isn’t familiar with the category you choose. However, this is a great tool to learn more about a guy in a fun and low-key way.

This game is a classic and can be easily transferred to an adorable texting game with your man. Start by texting your general location, such as your room or a park. Give them the first letter of the object’s name so that they can make a more manageable guess. After each additional round of guessing, give another clue so that they can eventually get it. When he’s guessed the object, switch places.

Why this is a fun texting game to play with a guy: This is an easy-going and intriguing game to play with your crush. It works especially well for when you know you want to talk to him but you don’t have a reason. It’s a cute way to let him know that you’re thinking about him without too much pressure.

This game is relatively simple in its rules but can be the cause of many laughs between the two of you. Zoom way in on a picture and screenshot it. Have your guy try and guess what the picture is. You can have fun with whatever picture you choose, such as a celebrity, cartoon character, or random object. For a fun twist, throw in a picture of yourself and see how long it takes them to get it!

Why this is a fun texting game to play with a guy: This is a game that allows you to get to know him better and have something to laugh about, even to create a couple of inside jokes. The two of you will have so much fun with it that he’ll begin to look forward to playing the game with you and have you on his mind.

A fun game to play with your BFFs! Check out this list of question ideas.

There you have it, our top 10 picks for texting games to play with a guy! Games are a great way to get to know each other better and bond with each other. Even though some of these games may seem corny, we promise they will be very entertaining and a lot of fun if you give them a chance. Happy texting!