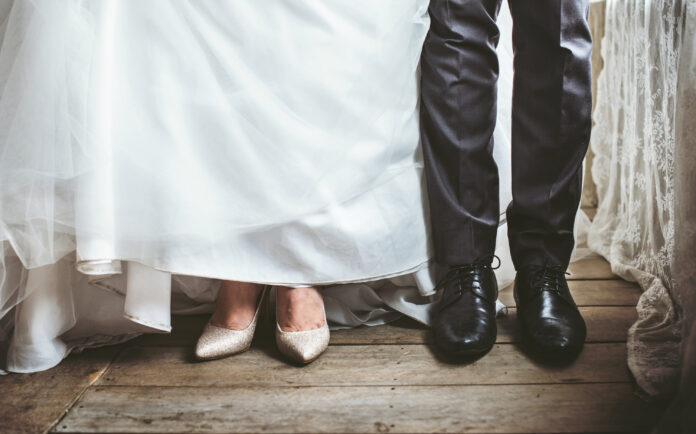 Guys can be confusing creatures. Just when you think that you understand someone, they pull the rug out from under you and do something that completely throws you off course, so when they do or say certain things, it’s easy to become puzzled about what it is that they really mean. If a guy calls you wifey, what is that all about? Is it an innocent nickname? Does he want you to be his girlfriend? A lot of it depends on the particular guy, the context, and the relationship that you guys have together but with our help, hopefully, you can decipher what he means.

1What Exactly Does “Wifey” Mean?

The term “wifey” means a girl who is pretty much a guy’s top girl. It’s similar to calling someone “boo” or girlfriend and if a guy calls you wifey and he says it seriously, it means that you are someone that he respects and cares about deeply. Usually, when someone says it, they mean it in a romantic sense so it’s definitely a good sign. If you guys are dating and he calls you wifey, it likely means that he can see a future with you, and he is looking at your relationship in a more long-term sense. A wifey is often a girl that a guy feels has all the qualities of a traditional wife – not only does he find her pretty, smart, funny, and interesting but she has other qualities that make her a keeper that guys often look for in long term relationships. For example, maybe she cooks and cleans around the home. She takes care of him and treats her man well. If a guy calls his girlfriend wifey it’s because he knows he can trust her, and she will always be there to support him like he wants to support her. In his mind, she’s a keeper.

2It Means You Guys Have a Great Connection

If you guys are just friends and he starts calling you wifey, it’s likely that he hopes for something more. Nine times out of ten, if a guy calls you wifey, it’s because he genuinely likes you, and we don’t mean likes you in a casual sense, we mean, he likes you a lot, he thinks that you guys have a lot in common and he sees you as more than just a friend or a short term fling. You know how guys freak out about commitment if they are not serious about someone, and since calling you wifey sounds like a girlfriend label, he wouldn’t be calling you that if he had no intention of trying to build something with you so consider it a huge compliment. If you find yourself in this situation, be flirty back to him or even give him a little pet name back. Start calling him bae or boo. Chances are he’ll love it.

If you’ve been friends since primary school, you know all of each other’s secrets and you’re a bit of a tomboy then maybe he’s calling you wifey in a joking manner because you are just so alike, it’s almost like you’re a married couple because you just completely get each other and share lots of different inside jokes together. Think about what the situation was when he called you wifey and how his voice sounded. If you were sharing a meal for two in a romantic setting as just the two of you and he was gazing into your eyes then maybe he does like you as more than a friend, but if you’re playing video games or watching movies with a group of other mutual friends and he says it, then perhaps he’s saying it more as an affectionate joke-y term for the close friendship you guys have. That’s not to say that it isn’t possible for you guys to become more than friends, you just need to drop hints that you’d like something more with him.

If a guy that you like has just started calling you wifey but you’re not together, he could be testing the water to see how you react. If a guy likes you, he might be intimidated to approach you in case you reject him or he thinks that you’ve already put him in the friend zone so running these little “tests” by you is a good way for him to find out whether the feeling is mutual or not. If he calls you wifey and you look shocked and horrified, he can style it out and say that he was just joking with you, but if you smile back at him and like it, he knows that he’s got a chance of developing what he has with you into something more than just a friendship. If a guy is checking to see if you like him back he might run other little tests by you like asking you what type of guys you like, and whether you want to date someone so you should definitely look out for these extra signs too.

5He Doesn’t Mean Anything By It

This is unlikely but still possible so that’s why we’ve included this here. Maybe the guy doesn’t realize what the term means and he’s just using it as an affectionate nickname in the same way that you might call someone “Hun” or “sweetie”. Think about how often he says it and when he says it. Is it in person or by text message? Does he have any other female friends in his life that he calls wifey? If he starts his text messages like “yo wifey” then he could just be being playful and he hasn’t thought about how his words are being interpreted.
Sometimes people just blurt things out without really thinking about what they are saying so you should be aware of this.
If you’re not sure how he feels, make a joke about being his wifey, or flirt with him and see how he reacts. If he says that you two are just friends, you can just say that you were joking around and you won’t have to feel embarrassed because you just kept it casual. If you flirt back and he reveals he likes you then that’s awesome!

6He’s Trying To Make Someone Else Jealous

Is there anyone else around when he’s calling you wifey? If you catch him saying it more when his ex-girlfriend is around or you’re near a girl that you’ve heard that he used to have a crush on then it’s possible that he’s trying to make this other person jealous by making them think that he’s moved onto someone else (ie you). It’s still possible that he likes you, but you don’t want to be used as his rebound girl so if this happens, ask him about it.
On the flip side, if he’s calling you wifey and it’s just the two of you, or you’re in front of his friends then it’s a good sign. Guys get embarrassed about showing their feelings in front of their male friends, especially since guys often tease each other about girls so you must be worth it if he isn’t worried about this.

Most of the time if a guy calls you wifey then he’s really into you.
Guys don’t usually like to talk about their feelings and emotions as much as us girls do so if you want to find out if he likes you, keep it cool and test the waters by flirting. Don’t approach him and ask “what did you mean when you called me wifey?” because that way you might scare him away, especially if he is usually the shy type. He might worry that you’re confronting him because you don’t like him back and then he may deny it or feel awkward or silly about giving you a cute pet name.
It makes sense to flirt back and see just to double-check that he actually does like you but don’t stress about it too much. Just go with the flow and see how it goes but we’ve got a sneaking suspicion that he likes you. No matter what the situation turns out to be, being called wifey is still a big compliment so you can sit back, relax and smile because you know that someone thinks that you’re awesome.