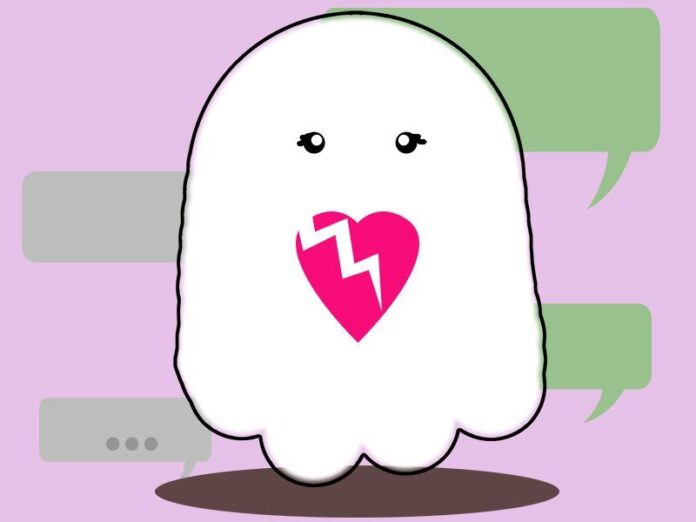 These Dating Trends are Worse Than Ghosting

Over the past few years, the phenomenon that is ghosting has taken over and transformed dating and relationships. No, of course I am not talking about Casper the Friendly Ghost here, because there is absolutely nothing friendly about ghosting. It is exactly what it sounds like, completely vanishing without explanation, and slowly fading out of someone’s life by cutting off all communication. It says that relationship is not worth the effort of or meaningful enough to actually go through all the steps of a traditional breakup. And trust me, the feeling of being ghosted on sucks. When a relationship ends in such a way, it is confusing, hurtful, and getting closure can feel like it is totally out of the question.

In the past, the act of ghosting tended to be reserved for hook-ups and way more casual relationships, but with the new rise in popularity of dating apps, there’s also been a new rise in horrible ways to end relationships that maybe just are not meant to be. There are honestly no excuses for these new dating behaviors, but I will try to make some sense out of these new trends in how we treat people we’re “seeing”.

Sticking with the theme of scary names for dating phenomena is haunting. It is one of the worst, most awkward, and most uncomfortable by far. Haunting is basically just like ghosting, but with this the relationship never really goes away because of one creepy reason – social media. At first, you go through all of the same emotions of being ghosted. You become okay with it. But then, all of the sudden – BOOM – out of nowhere in your suggested friends, there is the guy or girl you went on a few dates with. In the Discover section of your Instagram. WATCHING YOUR INSTA STORIES. Sometimes, the people haunting you are even so bold as to LIKE something that you post. It is particularly perplexing because, of course, the two of you have ceased contact given that ghosting took place, but the person is still around looming in the social sphere that is your online life. The other person clearly still cares enough, in the case of Snapchat and Instagram story viewing, to seek you out and watch the things that you have gone on and continue to post after your relationship has ended.

It feels like you can’t get rid of them or escape them, even after you have totally stopped seeing them altogether. It can be a hard to see their name pop up out of the blue and have that reminder of the relationship and the way things ended, especially if the attention is unwanted. It makes it difficult to fully move on and forget everything that happened because it serves mixed signals. Because they watch your stories all the time, or even like your photos, it may feel like it would be okay to reach out and text them again, or convince you that they may still be interested in you. As difficult as it may be, do not give in! Things ended for a reason, and if the ghost doing the haunting really wanted to reach out, they would.

If you are familiar with sports, you know that sitting out a whole game on the bench without any playing time is not a good thing. Being benched in the game that is dating is basically just as bad, if not worse. When you’re being benched by someone, you essentially never get “playing time” with them. You get strung along in a series of interactions that keep you thinking that the other person is possibly interested in you, despite the fact that they are literally giving you the bare minimum in terms of communication. In this case, that bare minimum is generally flirting and compliments that keep you thinking that you are a player of interest, when really, the person that has you benched is playing the field. To them, you are someone that could potentially be subbed in, or at best, a “pinch hitter” for a random night of fun. Benching is the worst part of the dating game, always leaving you unaware as to whether or not the person really ever likes you.

According to Urban Dictionary, breadcrumbing is “the act of sending out flirtatious, but non-committal text messages to members of the opposite sex in order to lure a sexual partner without expending much effort.” Well, regardless of the sex of who one is trying to lure, there’s no denying that this is one of the worst new ways to lead someone on. They give you just enough to make you think that they are interested in you with a like or a comment on your photo here, a compliment slid into your DMs there, or a flirty snap every once and a while. You never really know if the person actually likes you or is into you or wants to eventually meet up, but they give you the idea that they really want to based on how they interact with you online. It is similar to benching in that it perpetuates the idea that someone can be put on the sidelines or be put on hold until they have sorted through the rest of their potential dating prospects. Eventually, the occasional ego boosts from the kind words will get old and frustration will set in. Don’t waste your time on the bench, find yourself your own home run.

2How you should actually break up with someone:

Hopefully these new “dating norms” are not here to stay. If you still aren’t totally into someone after a while of dating or getting to know each other, there are much, much better ways to go about breaking up with the other person. It is not fair to the other person involved to drag them along by leading them on, giving them sparse sprinklings of attention, or to completely disappear without a trace. Instead, consider these options:

Plan ahead: Don’t wing a breakup. Consider how the other person will react and plan to have a calm, collected response that is sensitive to their feelings and emotions

Do it privately in person, if possible: Aside from ghosting/haunting/benching/crumbing, breaking up over text or e-mail is one of the worst ways you could possibly end a relationship. Of course, this isn’t always easy or possible but it does allow for a more open conversation.

Listen: You probably will hear some things that are upsetting, as naturally people can often be a tad harsh when going through a break up, but it is important for the other person to feel heard. The problem with these new dating trends is that the other person is rarely afforded the opportunity to speak their feelings about the end of a relationship to the other distant party involved, so this simple action makes a world of difference in how a relationship comes to a close.

Be discreet: While it may feel cathartic to vent, it is a bad idea to go posting about everything that happened between you and so-and-so. Yes, you are entitled to your emotions and should be able to express your feelings openly without judgement, but it helps to keep the break up more amicable by avoiding social media as your platform to do so.

1What to do if any of the above has happened to you:

There is no denying that it is a pretty crappy feeling. The end of every single relationship, no matter how it ended, is always hard to deal with and make sense of in its own way. You deserve to let yourself feel your feelings, even if that means being down for a little while. It is totally normal, especially if you’re dealing with a scenario that leaves you without the option to have complete closure. BUT, don’t mope for too long! Reflect, and then move forward. Deep down, you know that someone that ghosts, or benches, or crumbs, definitely has some communication issues they need to work out, so think of it as dodging a bullet early in terms of having some kind of problems with communications down the road when the breakup would’ve been a lot harder. Plus, you deserve a person that is going to be attentive, and responsive, and want to talk to you, and be happy and excited by the prospect of a relationship with YOU, not a bench filled with a bunch of other potential “soulmates”.  Be confident, know that you are SO awesome, and know that the way someone chooses to immaturely end a relationship is no indication of your character!­ Unfortunately, there is no guarantee in today’s world that you won’t encounter any of these same problems with dating again, but by being aware of these behaviors and knowing your self worth, you are much more likely to find someone who matches exactly what you want out of a relationship! 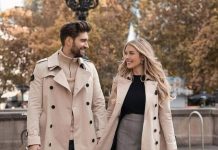