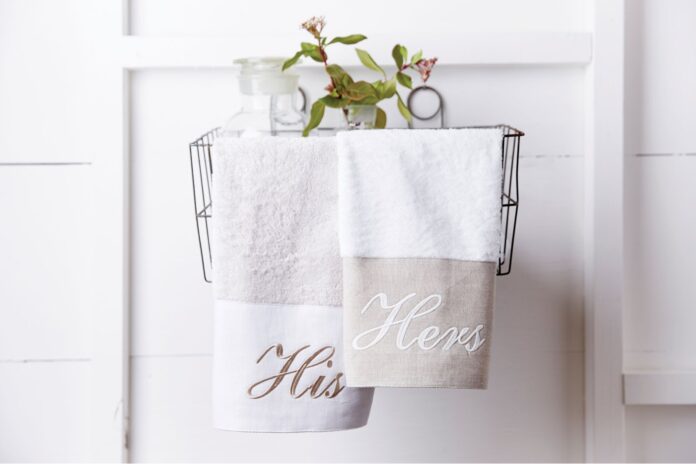 The Ultimate Moving in Together Guide

So you and your boyfriend are considering moving in together? Whether you realize this or not, some huge changes will happen in your relationship if you both decide this is the right time to take this huge step in your relationship. Girlterest wants to break down exactly what kind of changes will happen so you can be prepared for what is headed your way. Moving in together can be a great thing for serious relationships and help the two of you become closer than you have ever been, but it also has the tendency to break the relationships that aren’t so strong. So proceed with caution, ladies.

1New Issues Arise when Living Together

Things you never knew drove you nuts, will now definitely drive you nuts. The way he leaves his toothbrush on the sink every time he brushes his teeth will have you contemplating just hiding his tooth brush and putting up with stinky breath so he can’t do it anymore. Some guys may expect you to be their personal maid, and in that case you will have to remind him at least once that you aren’t his mother! This is a two way street as well, and you will do things unknowingly that drive him crazy too. So try to remember he doesn’t know what he is doing wrong, but if your relationship is sturdy you can bring the matters up with class and resolve them easily. You will learn very quickly when you move in together to pick your battles wisely.

2The Little Things Are BIG

The way you handle the little situations set the tone for how you handle everything, so every little thing become a big thing. If you instantly get mad out of nowhere and yell at him to put his tooth brush up, next time he has a problem with you he will put up with it until he just explodes and the chain will just continue. Saying “hey babe, it drives me crazy when you leave your tooth brush on the sink, I know you don’t mean to, but could you try to remember to put it in the holder…” will set the tone for the two of you to handle all of your problems in a calm manner. Hopefully, you both eventually reach a point where you work towards a clean (and unite) house.

3You Have to Grow Up

Are you asking yourself “should couples live together before marriage?” We think so! Bills, grocery shopping, walking your dog, do laundry regularly, and just not being gross, all come in to play for real when you move in with someone. It is an entirely new ball game from having a roommate. It’s hard to explain this one because it’s hard to tell how it happens and what exactly it is about living together with the person you are in a relationship with that pushes you into acting more adult like. Maybe it’s the possibility of the two of you spending the rest of your life together and that seriousness just spreads throughout your life. Whatever it is, when you both grow up and get all the issues and little things settled, you settle into a more consistent way of life.

4You Won’t Do Everything Together Anymore

When you were dating, you cooked together, cleaned his house together, went grocery shopping together, and probably never hung out it different rooms when you were alone in the same house. That changes because you are together all the time now and people need their alone time. You may still cook together most of the time and watch Netflix together a lot, but you aren’t just craving time with your SO anymore so you may want to lay in bed and watch TV and he would rather sit on the couch in the living room. It isn’t a sign of a bad relationship, understanding that sometimes you just need to be alone for a while is just part of the growing up.

Like him farting in bed, you talking about your period, or having a conversation about a zit in an awkward location on either of your bodies. It may not be immediately, but there will come a point in your relationship when a rather awkward medical situation arises and if it were anyone else you wouldn’t be able to hold your cookies, but for him, you are invincible.

Suddenly you aren’t watching Gray’s Anatomy 24/7, instead you are alternating between the History Channel, HBO, and whatever channel you watch. When you pick something out on Netflix there will be at least a thirty minute debate and scrolling through the endless movies in search of something you both want to watch. Trust me, it will test your relationship the sixth time you suggest a movie and he says “I don’t care what we watch, just not this.” Your best bet on a solution to appease you both will be to decide on a very long TV series so you don’t have to decide what to watch every time you sit down together. It will just simply be turning on the TV cuddling up to each other and pressing play.

Or at least a division of labor. As feminist as you are, there are things that typically just fall into the feminine and masculine roles. For example, taking out the trash has typically been portrayed in movies, TV shows, and books as a mans job. Women don’t mind it and can do it, but if there is a man around, the man will probably take out the trash. Or the man sleeps on the side of the bed closest to the door. Now the idea of gender roles can be manipulated, and often are, to fit any type of relationship, but when the day ends something along the lines of… even if you cooked together, you’ll be doing the dishes, and he’ll be taking out the trash or visa versa.

8You Can’t Leave When You Get Mad

But, you can slam doors. Oh man is slamming doors dramatic in the middle of a fight about a toothbrush or the aircon. Since you are in a place in your relationship where you have decided you are more than just boyfriend and girlfriend but not quite yet married, fights can get complicated. You want to fight like a married couple, but act like you are just a girlfriend/boyfriend. It’s hard living with someone when a fight arises, because you can’t just leave and pretend to never come back… you live here together. You will eventually have to come back if you want a bed to sleep in tonight.

9The Decor of Your Living Space

You can’t have pink curtains anymore, sorry ladies. All of your decor will shift to a more gender neutral look, and even if it’s not gender neutral you both will have to like it because you have to look at it every day. I personally went from having a hot pink and cheetah comforter to a very brown plaid one. If you decide to take over the entire house and decorate it without his council there could be some feelings hurt because he could feel like you are taking over his space completely. It is extremely important to maintain your own personal spaces so to say. If you don’t have enough room in your living area for each of you to have your own space, you should consider redecorating the house together.

This sounds silly, because your hygiene should be of your concern only. But, us humans have a tendency to get lazy and, girls especially, don’t like to wash their hair for days on in (thank you dry shampoo). With long hair it takes forever to wash, condition, rinse, and dry. Lets be honest, that towel swirled on top of our heads is heavier than it appears. Now I’m not saying I started washing my hair more just because he thought it was gross, the fact of the matter is that I have greasy hair and when he says it looks greasy, I wash it. The point is, when you are living with someone all aspects of your life are intruded upon. Sometimes you say, “bug off” but like previously stated, pick your battles wisely.

It’s been said that men sleep better cuddling or simply laying in bed next to someone, while women on the other hand like the bed to themselves. So get ready ladies, you can’t sprawl out across the bed and kick the covers off in the middle of the night anymore, oh no. Get ready for some cover and space wars, but I promise you and your man will eventually find a sleeping position that works. You just have to wake up in the middle of the night yelling over the covers at least once.

Your love will grow to a level you didn’t know was possible. Being around someone everyday reveals their flaws, but you learn to truly love all of them and appreciate your guy for who he is. There are no more games, no more impressing, it’s just pure, unaltered being together.