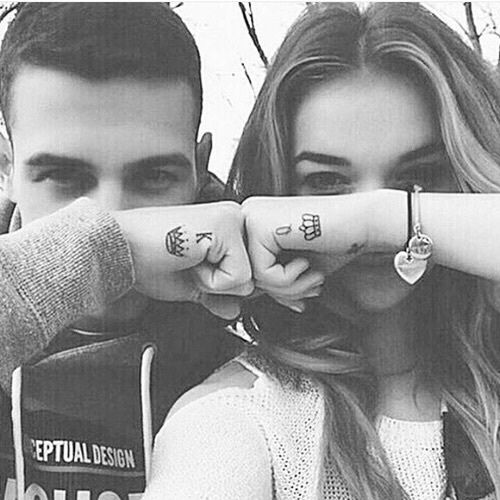 A king and a queen makes a team. A team that isn’t lacking in anything! If one person is having a bad day, the other person knows how to pick up the slack.

When you are a queen, you will need to learn to work hard too. You can’t always have everything perfectly set up for you. You have to be willing to put in some work too.

A queen supports her man. She doesn’t create drama. Instead, she brings positivity and encouragement into his life so that he can become a better king.

A king and queen is a total package. They act as one together through the hard times and they never give up on each other. They find their strength in each other.

The classic rule of chess says that the role of the queen is to protect the king. But, in real life, it definitely goes both ways. A king and queen should protect each other.

If your king does not have your back, then is he really a king? A king will always have his queen’s back no matter what. He would never let her fight alone.

A queen must keep her king focused on his goals and on her. If she really is a queen, his focus won’t wander. He will do everything and anything to keep her.

Kings and queens are equal. Neither is above the other. They balance each other and hold each other up, but they are never under each other or lesser than one another.

9Deserve To Be Spoiled

Everyone deserves to be treated like royalty. It doesn’t matter what gender you are. Everyone wants to feel special. So, if he treats you right, do the same for him!

10One Hell Of A Team

There is nothing like a king and queen team. They can fight through anything and they can make anything happen! If you have a king, consider yourself lucky!

11Any Home Can Be A Castle

When two people are in love they can make any place feel like home. All they need is each other to make their life the best it can be. They find home in each other.

Kings are strong and the only ones they will ever bow down to is their queen. That’s because there is respect, love, and a promise of happiness between the the king and queen.

You can still be a queen even if you don’t have a queen. Being alone doesn’t make you any less strong. It might even make you stronger. Independence is sexy.

Money doesn’t matter in the grand scheme of things. It is loyalty, love, and compassion that really bond a king and a queen together. So, if your man gives you that, hold onto him.

Queens are allowed to feel low sometimes. They are allowed to wallow and cry and get emotional. And, every queen deserves a king that understands this.

16If You Want To Be Treated

In life, it’s nice to find someone that makes you remember your own worth when you can’t do it on your own. Somedays are hard, but with that special someone it is so much easier.

Kings are allowed to have bad days. They can’t be strong all the time. They are human too. Just like queens. So, if your man is sad, reassure him with kind words to get him back on his feet.

All men can be fools at some point. But, a real queen will bring out the king in a man. He will see her worth and he will be inspired by her passion and let his inner king out.

You don’t have to sit on your throne waiting for your king to show up. You are allowed to live your life and make dreams of your own come true!

24A Queen Keeps Her King

25When A King Meets His Queen

26A Man Becomes A King

29A King At Night

33Treat Yourself As A Queen

35You Can Never Build A Kingdom

These king and queen quotes are perfect for anyone who is in a power couple situation. They’re also a wonderful reminder of total #RelationshipGoals. I mean, who doesn’t want to rule the world with their lover and make all their dreams come true?

Some of these quotes talk about how kings and queens lift each other up on their bad days. They balance each other out. If the king is sad, the queen will do her best to make him happy and encourage him; and vice-versa.

Other quotes on this list talk about being a queen with no king. And, there is certainly nothing wrong with that. Yeah, it’s nice to have a king, but don’t feel ashamed doing things on your own and making your dreams come true. By working on yourself, you will attract a king, for sure!

Then there are quotes about feeling confident as royalty and how you can use that to your advantage. By feeling powerful, you will gain power in life. Don’t ever doubt yourself or your power duo!

Hopefully, these quotes reminded you how badass and powerful you and your boo are. Allow them to take you to new heights. See you at the top!