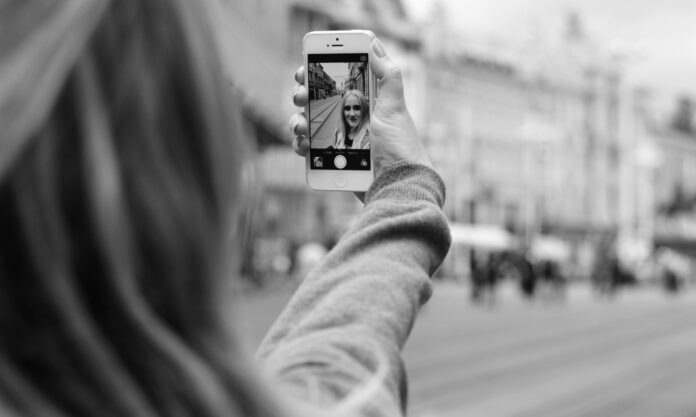 In a world where you can buy confidence, (literally) and be judged so harshly on a number of likes, it comes to no surprise that the ideal body image is dependent on the most famous, shallow and visual app; Instagram. Narcissism is heavily influenced on a number that hold more value to your name than your actual pictures. Now businesses are ranking advertisers on the same numbers, and models are getting jobs because they have more followers than everyone else. This could be a serious problem to the concept of body image, especially for young women, who compete so closely to get the most likes. It’s sad to believe that we could live in a society shallow enough to allow an unrealistic number determine if we should feel good about ourselves or not. 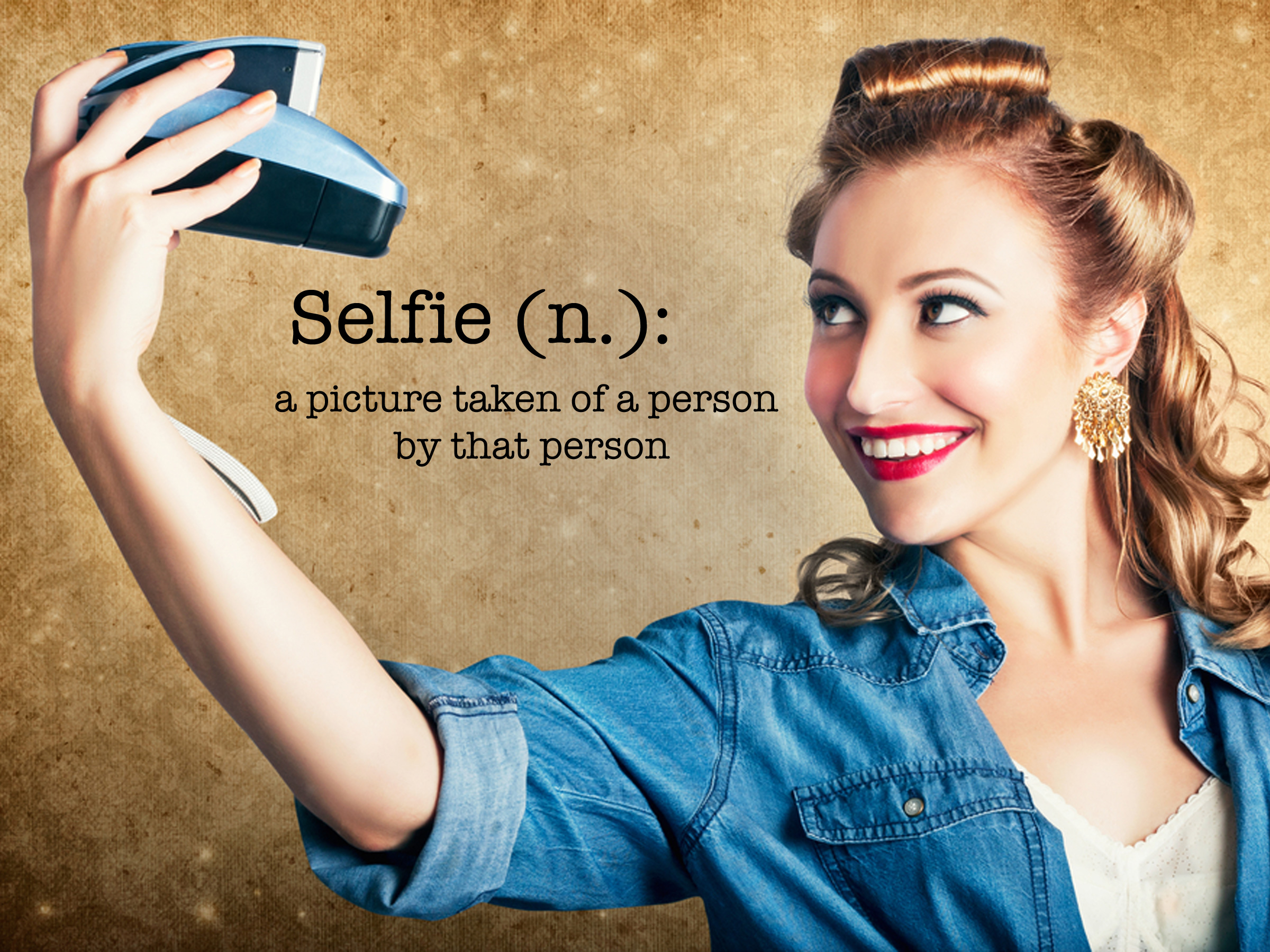 It Is Starting A Lot Younger

Body image has been distorted enough over the years, and no shocker, but it has become increasingly worse in this day of age where girls overanalyze and edit photos to appear a certain way- and get as much likes as possible. The scary thing is that girls who have Instagram are sufficiently younger than any other demographic that appealed to a type of social media. This means that girls who are way too young to have even been able to properly develop and understand the natural beauty of a human body are being closely judged and manipulated to look a certain way. 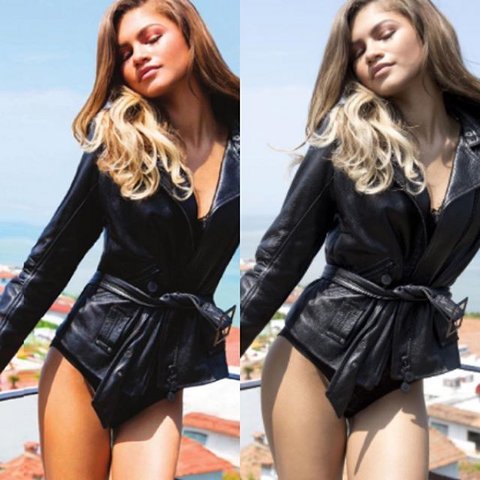 9% of girls on Instagram have claimed that they have been bullied on the App. 96% of fashion brands use Instagram as well, which means that there is a certain niche built around marketing product to next-generation-buyers… also known as the average 12-19 year old girl. Instagram also has 58 times the brand engagements that Facebook or any other social media website has. It is very insightful and rather uncanny to think that brands are throwing money at an App so popular with the teenage demographic, to only persuade and sell them a product. Fair enough, considering the multi-million-dollars that these brands are making off of hash tags and posts, but from a psychological approach it is a bit concerning to think that the average teenage girl has these small voices in her head telling her how certain things should look. 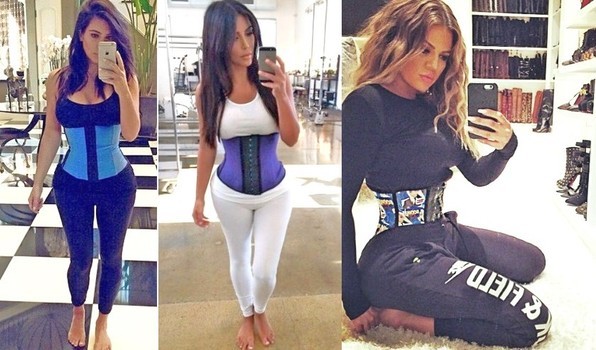 (BUY ONE OF THESE RIDICULOUS GURTLE BELTS AND YOU WILL LOOK LIKE A KARDASHIAN!)

What is Real Anymore When it comes to Beauty?

It is interesting to think that we also live in a society where you can buy prettiness. You want bigger lips? Here’s a product that will make them look bigger, or there’s an app that makes them look bigger and better. You can even download an app that edits your entire body, so never mind feeling secure with your unedited self. Instagram is the perfect platform for all things fake and unrealistic when it comes to body image. If you can decrease the width of your waist within the click of a button, one can only imagine the time and effort spent behind a seemingly perfect selfie. This not only generates such a negative persona to any picture that is remotely natural and unedited, but it actually gives young girls the beliefs that this is actually how you should look once you reach this certain age. When you are young and not completely aware of the natural ways of aging, you turn to the people you admire most for help. In today’s society, the source of all information is not only all-online, but it is also very in-line with images and visualizations. 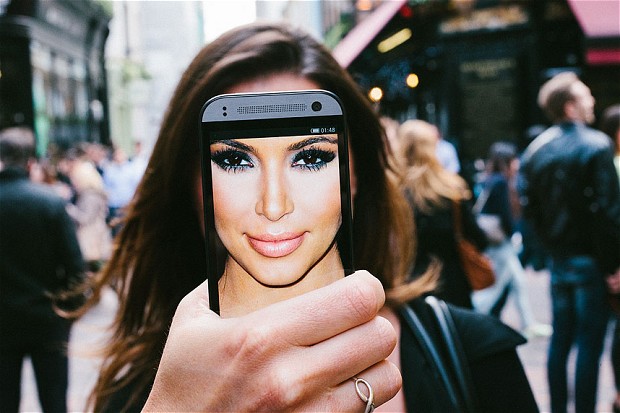 Cosmetic surgery has boomed within the past decade. Girls as young as 18 are requested to have breast implants or touch-ups as their graduation gift. In a way, girls are trying to mock the images that they see on Instagram and use that as the ultimate template for their own personal looks. For the young, impressionable and unaware all these filters, apps and particular angles can be very damaging to self-esteem. Even supermodels have released statements agreeing that Instagram and all the apps designed for it are scarier than magazines themselves. Young girls don’t realize that the only way to look that skinny, or that tan is by using apps that completely change your appearance. Last year, Dove published a survey that claimed over half of women in general agreed that they are their own worst critic when it comes down to body image.

Finding Ourselves or Finding Feedback

Other research from the University of Buffalo indicated that women who post more selfies and base their self-identity on social media are more desperate for validation. Before Instagram launched in 2010, there was still pressure to look good in pictures, but now this new platform has pushed women to search for best angles, outfits and lighting for facial features. This then pushes women to become extremely enraged and insecure about “unflattering” photos, and can actually cause a fight or two between friends. 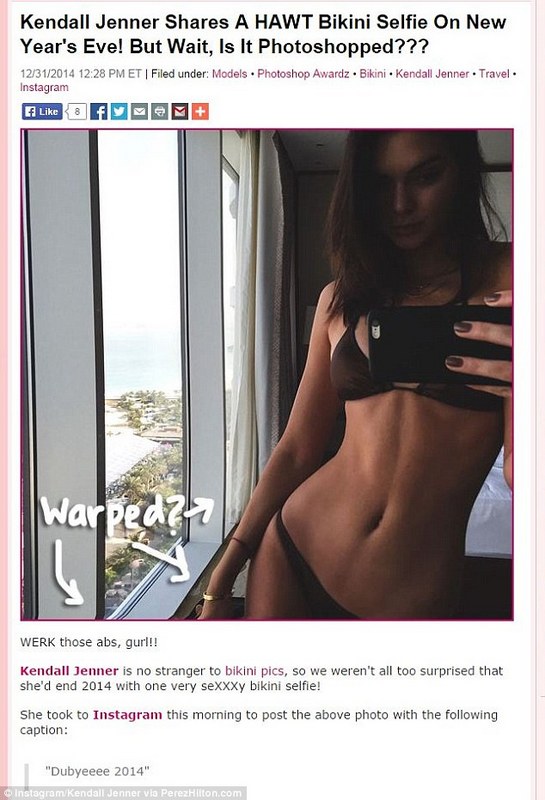 How could we all be so self-obsessed? Well when you think of it, each person focuses in on the qualities we already are insecure about when we look at a picture of ourselves. Especially when it’s one that we are about to share to our own small world of critics. We as people have always tended to be harder on ourselves than anyone else. This will cause us to be really insecure about something so seemingly unimportant like the thinness of our lips, or the number of freckles on our cheek. Social Media was designed to help empower mankind and transition the way that we communicate each other. 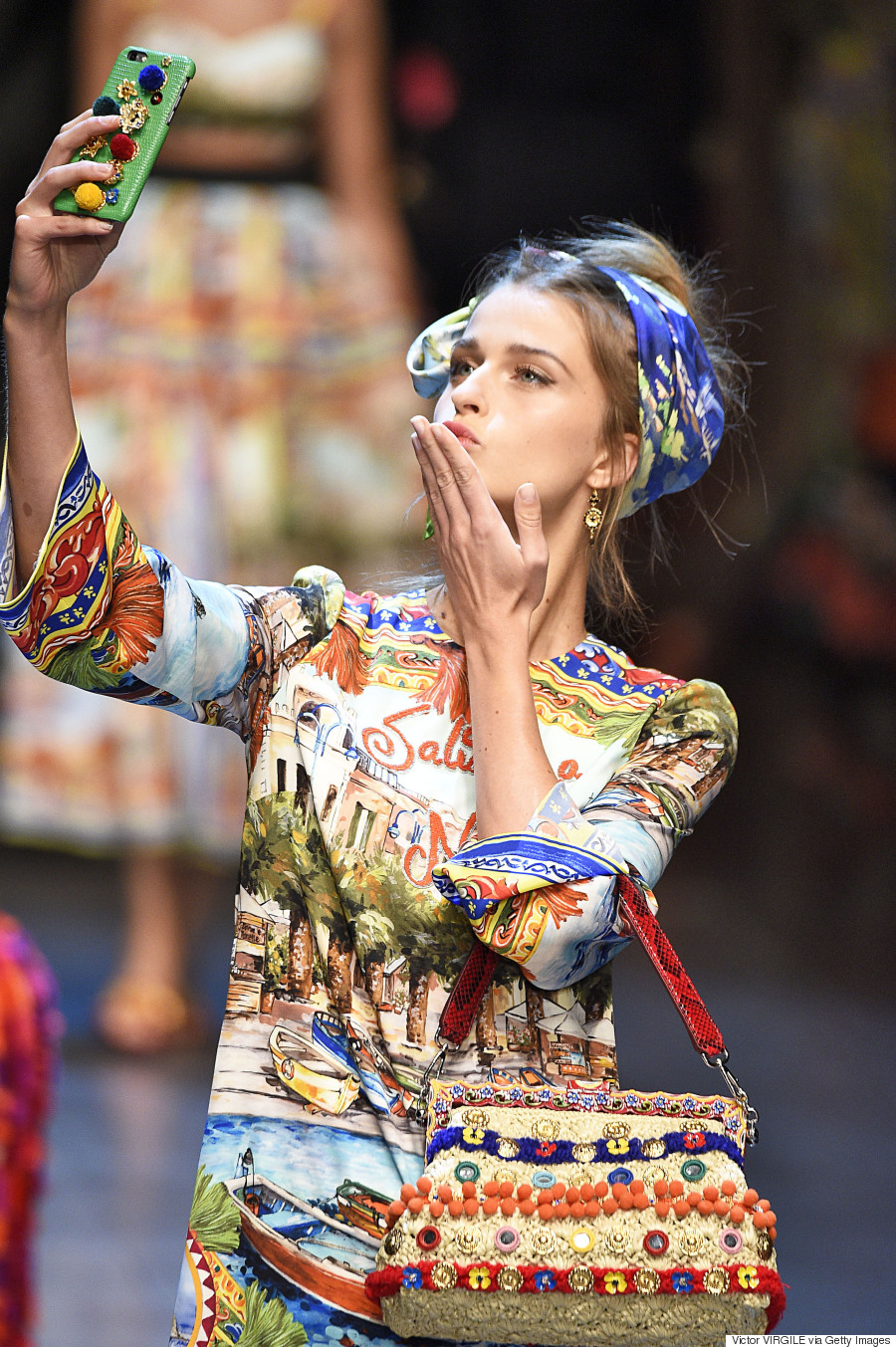 All that sounds good, but sometimes it feels as if all social media has done for mankind is conduct us to pick ourselves apart, from minor detail to minor detail, and make us way more insecure. If you put all of your self-esteem in whether or not a picture gets likes, this opens the door for very negative, and vulnerable feedback. Instagram itself can get really in your head, and make you decide to spur the moment diet or edit a picture to give you something that you never really had before. Women admit all the time that Instagram makes them naturally anxious, and those they see images of other women and think, “I want to look like that!” or “I should get in shape!” 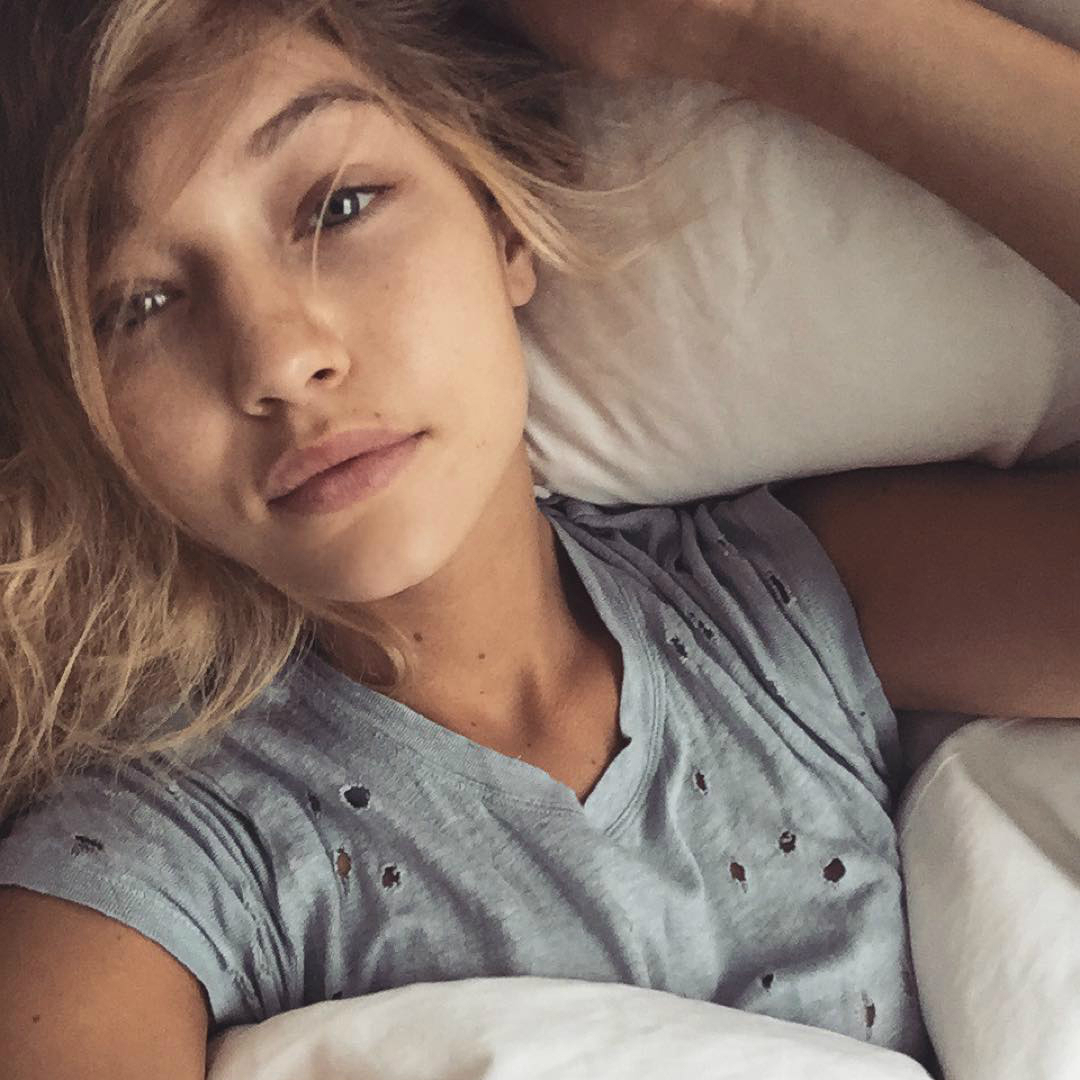 It would be hard to be thirteen and unknowingly falling in a trap that is promoting unnatural beauty standards. Victoria’s Secret Models are always posting pictures of them in their “natural habitats,” easily fooling the average thirteen year old into thinking that waking up appearing that untouched and beautiful is naturally normal. Instagram is our own version of our own dream life. It is perceived to young women as our own personal magazine, and there is a lot of pressure to post the best pictures that you’re able to come up with. Then, you’re reward to posting the most liked picture or having the most followers is knowing that you are more “liked” than your other friends. This also creates a very negative persona towards young girls and their peers. The constant competition and game to win at being most “liked” is unhealthy and unbelievably demining to young girls of all ages. 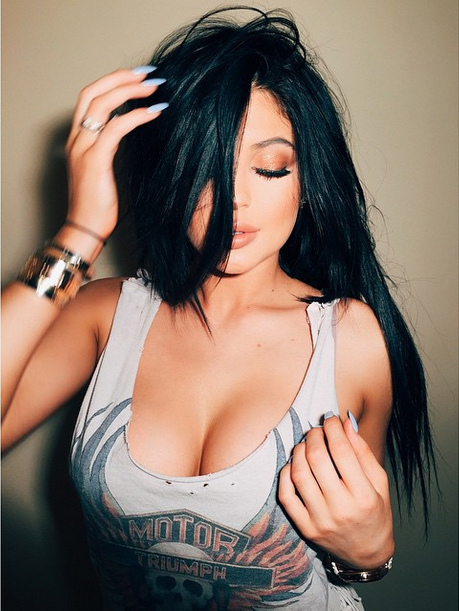 While our society should be teaching the young girls of the world to accept their flaws and to be proud of them, we are actually doing the exact opposite. Some of the most “liked” people on Instagram are so unattainable and unauthentic that it is implanting an idea in young girls mind that they are already not enough. To have the body of a Kardashian is a very uncommon and caretaking thing, and although it happens to get he most likes worldwide, that doesn’t mean that it is healthy or a positive message to send young women. 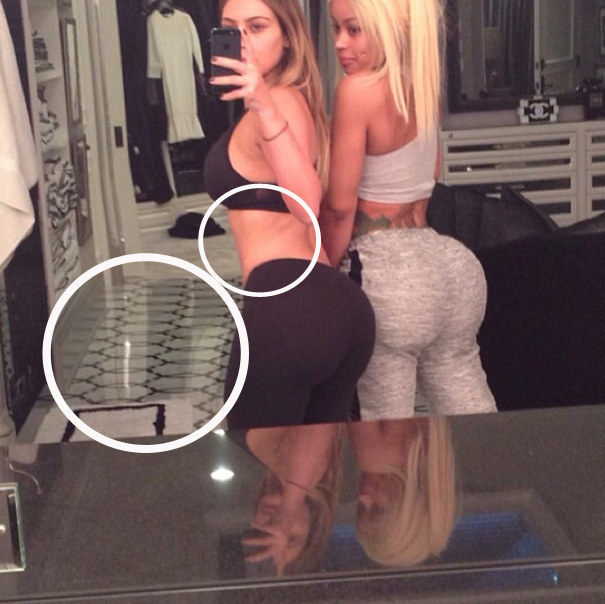 It is almost a double standard in a way, because women and men are so quick to filter and critique any young women of a build that is seemingly boney and skinny, but when it comes to being curvy and unnaturally chesty, the game is shifted completely. Having curves or being overweight shouldn’t be promoted in young girls brains, same with how being underweight and boney shouldn’t. Instagram is so quick to judge and comment on loving yourself, yet we still feel the silent pressure to pretend we are someone else when it comes to posting a selfie of our own. 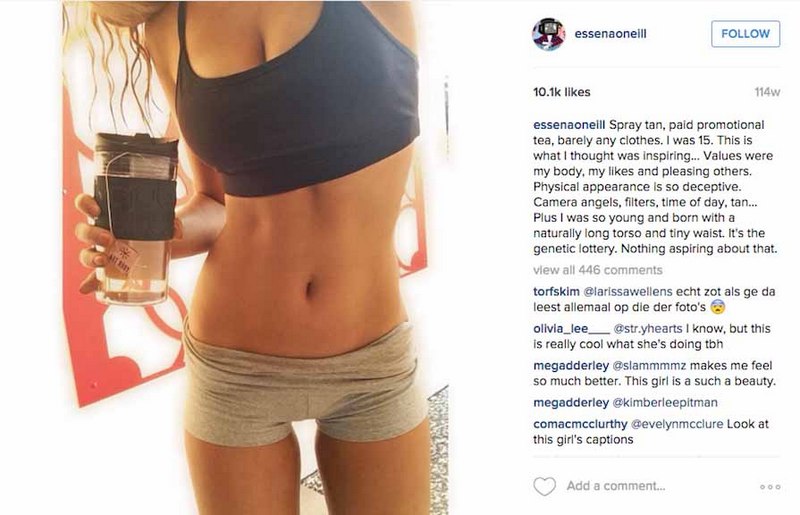 All in all, the best way to attain those body goals of yours, or to have the best body is to follow the old-fashioned way of eating healthy and getting exercise. You don’t need a comparison of someone else’s photo to tell you if you are in healthy shape or not, and believe it or not but majority of the well “liked,” people on Instagram are NOT professional nutritionists or doctors. No one will ever really know just how long it takes to take that seemingly perfect Instagram photo, or how long it took to edit it. It takes long enough to find reassurance within your own identity, but in the age where social media is the ultimate showcase for your identity… we seem to search less and less for ourselves, and more for feedback. (Likes.) 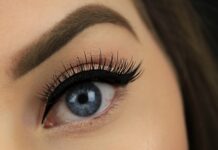