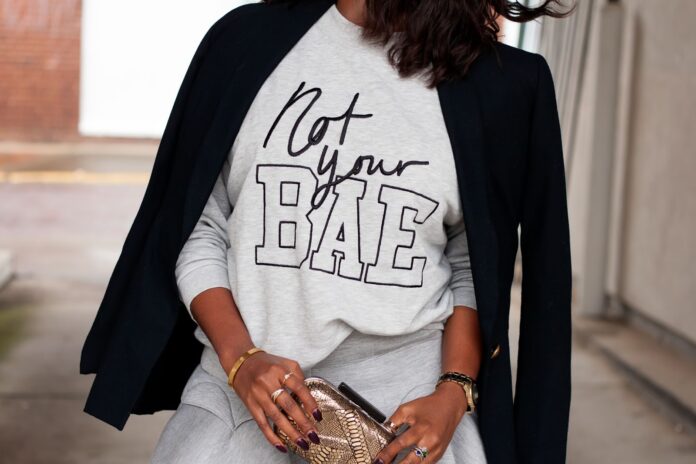 What Does It Mean When a Guy Calls You ‘Babe’ Or ‘Bae’?

A guy you know all of a sudden starts calling you babe and you have no idea why he’s doing it? Don’t worry, that pet name is as confusing as it gets.

In this generation, romance has become a bit more difficult to understand. With the games that are played and all these signals that mean something completely different can lead us with nothing but questions. Relationships can switch up real quick when we start giving each other pet names and the most controversial one is “babe”. The usage of babe has become so common that it can leave anyone confused with what a person actually means when he calls you that. We start to question if the guy is into us or it’s just a casual nickname he gives everyone. Who knows!
Before you go around in circles trying to figure out what this guy means, you have to understand what type of relationship you already established with him. From there you can get an idea of what he is trying to hint to you. Here are some clues that can help you figure out what he is trying to tell you.

When guys are trying to be suave and flirt, his go-to pet name for you will be “babe”. This is because babe is a very subtle pet name and isn’t so intense. With that being said, he doesn’t want you to run off and think he’s a creep if he calls you either “sweetheart” or “honey”. Those pet names seem to be much more intense and definitely much more affectionate. He’s able to flirt with you casually without freaking you out. He knows that you might blush while he calls you babe since it’s cute and that’s exactly what he wants. Right now, he’s just trying to let you know that’s he is interested in you.

2He finds you attractive

There are a few ways this situation can go when a guy calls you babe and thinks you are attractive. Of course, you have those guys who will go up to you, talk for a bit then slip in babe while at it (read the first one again to know what I’m talking about). Then the other situation is when he is literally describing you. Babe becomes more of an adjective rather than a pet name in this case. He would basically just tell you, “you’re such a babe”. He wants you to know that you caught his attention and that he is definitely checking you out. I’m not too sure how babe is synonymous with attractive or what the rate is on the attractive scale but guys use it.

Babe has become a universal word for any and everyone which is quite unfortunate. It is literally the least affectionate word anyone can call you in the dating world because friends can call each other babe as well. We even transformed the word babe into “bae” but that’s another story. With that being said, when a guy calls you babe, he doesn’t even want to come up with a unique pet name to give you. If you are consistently talking to him, or have been dating for some time, and he doesn’t change up the pet name, keep an eye open. He isn’t putting in effort of combining who you are with a special name he wants to give you.

It’s not the exact test you expect to be taking but most of the time, you won’t even know that you’re being tested. Guys would call you babe simply to see how you react to it afterwards. It’s similar to us women who ask a man a question and we know the answer but we just want to see what he’s going to tell us. Based off of that reaction, he can see where you two stand. This test is either make or break for him. If he can tell that you’re not into it and hit him with a friend zone response, or simply ignore the fact that he called you babe, he will get the gist of your relationship. But if you call him babe back or respond to him with cute emojis, you can make his day more than you expected. You don’t need to do that though! If you can’t see him as a boyfriend, don’t waste his time and keep it real with him.

To the guys who asked you for your name, proceeds the conversation and then calls you babe – there’s a high chance he’s calling you babe because he can’t remember your name. Quite frankly, he wasn’t completely interested in knowing your name because he just wanted to talk to you. In his mind, you were just another woman on his list that he might potentially hook-up with as time passes by. Before he tries to make a move, you can ask him if he remembered your name. That can be the perfect escape if you aren’t feeling it and to dodge someone so rude! Or maybe he just didn’t hear you the first time but this is me giving those guys the benefit of the doubt. He obviously could’ve asked again.

6He wants your attention

Calling out “babe!” has the same effect if someone says “hey!” to grab your attention. If someone was to randomly call out “babe!”, you are mostly likely going to see who called that out to you. This usually happens when you’re in a crowded area and it’s hard to get your attention since there are so many people there. The only difference in this case is that you know this guy finds you attractive so be prepared to hear something crazy after, or maybe he’ll surprise you and be a gentleman. Just know, once you stop, he’s going to try to flirt with you.

7He’s being a show-off

Just as he wants you attention, he wants the attention to be on him – by his friends. Many times, guys might dare each other to do things to pick up girls and of course, guys start off by calling girls babe. He wants to bring out his alpha male to the table and let not only you but his friends know that he has confidence in himself. He has so much confidence that he can call any girl that he wants babe. If you see a group of guys staring from the distance as he tries to talk to you, know that you might have been a part of a dare.

8He’s hitting on you

Guys will do anything to get the girl they have their eye on and that means, sweet talking their way through. Whether you hate to admit it, women tend to fall for guys who compliment them and tell them nice things. It’s something women try to resist because we consciously know what these guys are doing but for some reason, it usually works. Which is why guys do it all the time. I mean, who doesn’t like to hear good things about themselves that we already know? The only thing that can end up being a trap is the guy’s intentions. A guy will immediately give you the pet name babe since it is common. He knows you won’t get freaked out by it since being called babe is pretty casual. You might not even notice he is calling you that. But proceed with caution, he might just be looking for a hook-up.

9He is feeling affectionate

There is a positive side of being called babe! Believe it or not. Most of the time, you are well aware that a guy is trying to hit on you or simply flirt but there are moments when a guy is being affectionate. Even though babe has been overused by everyone, it still has an affectionate essence behind it since that was the main purpose behind the pet name. If you have been talking to a guy for some time and there’s chemistry between you two, better believe that he’s calling you babe because he’s marking his territory. Once he calls you babe, he wants everyone to know that you are his and he is yours. This can be the first step into taking your relationship to the next level.

On the other end of the spectrum, being called babe is just another name for you. If you haven’t noticed already, babe is used commonly amongst all types of relationships and it can be just another nickname for you. Forget about it being a pet name because this guy just throws around babe to any girl he meets. This is where it gets tricky because you won’t know if he’s trying to flirt with you. You have to be aware of how he treats you accordingly. If you’re confused as to why he calls you babe, just question it. It’s is best that you know what his intentions are, or aren’t than have this stir up in your friendship. 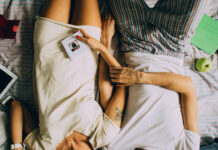 Things to Do with Your Boyfriend