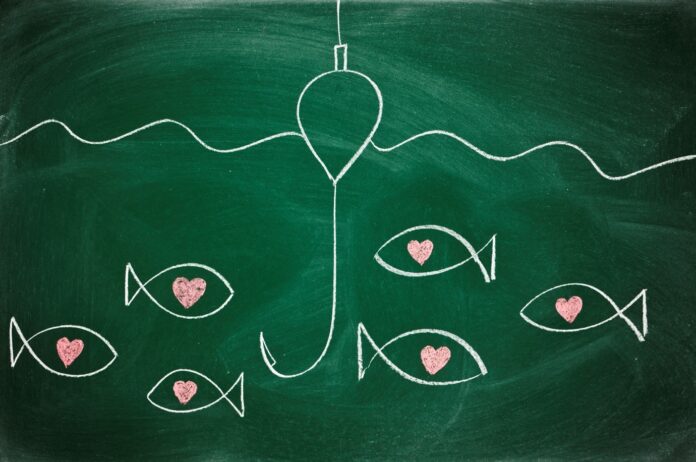 Online dating has become more and more popular and there are so many new online dating apps to choose from! No matter what type of relationship you’re looking for, whether you’re into meeting new friends or a serious relationship, there’s an app for everything!
Want to hear about my personal story? I am a proud believer in dating apps. I met my current boyfriend on Tinder and I am okay with that because he is PERFECT for me. We have been together for a year and have even already talked about getting married. And it all started with a swipe. As a current college student at a larger four year university, I personally have come to the conclusion that there are two reasons for someone to join a dating website: they truly want a relationship, or they just want to get laid. There are the odd balls too that are creeps. Beware before joining any of these websites. Always meet them in person for the first and second time in a very public place. Don’t tell them where you live specifically, where you work, or where you go to college. Your personal safety should always come first. I met my boyfriend at the restaurant for the first two dates, and I told a friend where I was going and who I was meeting. You can never take too much precaution.
Check out this list of the best dating apps 2017 to download this year:

Let’s talk about Tinder first. Its one of the most popular and best free dating apps there are today! It was the hot dating app in my area when I met my boyfriend a year ago. It’s the app where I found the love of my life and the only dating app I have personally used. You upload four photos of yourself with a short bio, if you want, and you judge people in your area based on if you think they are hot or not. I know, it sounds terrible, but love at first sight is a thing and it worked. I was on a swipe left rampage and almost swiped left on my now boyfriend, but, thankfully, I caught myself before I let go and BING it was a match. My best friend also met her current boyfriend of almost a year on Tinder as well. So I would say Tinder is a pretty good option. Tinder is a free app that was created in 2012. Since then, there has been 10 billion matches.

Has 4 million singles across the globe. The interesting thing about this app is that you get to choose if you want to just hook up or if you are looking for a relationship. This feature immediately helps determine if you and a match are on the same page. One thing I don’t like about the app is that you get a DOWN Score, which compares you to everyone else on the app. You can only message if there is a mutual “like” between two people in a certain area.

OkCupid has been around since 2004, that in itself tells you it works. It is a free app and their website says that a million people download the OkCupid app each week. It caters to straight, gay, lesbian and bisexual people. Founded by four guys, OkCupid prides itself in algorithms. You can choose to enjoy extras in the app for a little extra cash as well. On the website it states, “find the relationship of your dreams, a one-night stand, a sham marriage (we’re not judging),” so whatever you are into, their algorithms can help you find exactly what you are looking for. You enter a lot more data into OkCupid than you do Tinder.

Founded in 1995, Match.com could be considered the origonal dating site. Like OkCupid, Match.com uses algorithums to match you to potentioal suiters. There are tons of different dating pool categories to choose from, but match also includes a Tinder-esque Discover option. It is a subscription dating site though.

HER (Dattch) is considered one of the best lesbian dating apps there are out there today! This feminine app is open to lesbians, bisexual women, or bicurious women. The app has been completely revamped and ha now a more social network experience with news, blogs and upcoming queer and lesbian events.

Hinge claims to help users connect through friends of friends (using facebook). It has tons of reviews from big name publications. I would say this app is pretty legit. If I were back in the dating game I would most likely download this app. By the looks of the photos included in the iOS app store, your first name is displayed along with your age, where you work, where you went to college, and what town you are in, along with a short bio. This seems like a pretty legit app just because the conversation starter is given to you, “how do you know (insert mutual friend).” There is a downside to this app however: you will eventually run out of matches in the select pool of friends of friends.

Their website states that 650 couples meet each week through their app. This app uses mutual friends but also allows you to go looking for possible matches as well. They send you possible matches everyday at noon, but you aren’t limited to finding the right someone just during your lunch hour. From the photos in the iOS app store, it seems to be a combination of tinder and Hinge, you have the option to “like” or “pass” on potential mates, but you only have a week to chat in the app before the match “expires.” I personally don’t think I would use this app just because I spent almost a month talking to my now boyfriend on Tinder and Tinder only before I gave him my number and decided to meet him. You shouldn’t feel pressured to share information with someone you can’t decide if you like or not yet. This could be perfect for you fast-paced people though.

Is focused on getting people offline and on dates. The basis of the app is to suggest date ideas along with fill out a profile so you can connect with people and then instantly have a date idea to get you out the door and talking in person. With the same “X” or “Heart” concept many of the other apps have, your first impression of the person comes from their looks and their date idea. You can also view their profile to find out other information and the app has a messaging section.

Hitch seems to combine the friends of friends concept with the location based function of Tinder. You have the option to explore people in your area, but instead of swiping on a single picture, you view the users in a camera roll type way. You can send a Meet request to common friends for your friends to introduce you. I personally don’t find this app appealing because my dating business is my dating business. The whole point of a dating app is to attempt to meet new people, so we are going to move on. If involving your friends isn’t a problem, this could be a great app to use.

Grindr is considered one of the best gay dating apps today! “The world’s largest gay social network,” is in big bold letters on their website. Grindr was founded in 2009 and has been helping men connect since. The iOS description states that “over 2 million guys in 196 countries use grinder everyday.” You can save guys you are interested in, block others, and define yourself in a number of ways through the app. The app allows you to chat and it also shows how far away you are from one another. *There are complaints about not being able to determine who can message you.

Also has the concept of swiping to meet singles near you, like Tinder. Also claiming to have an advanced algorithm to help you find the love of your life. POF is free and has great free features, but also offers upgrades for a fee. The reviews about the participants in the app weren’t just great, but those types of reviews can be found for any dating site. Lots of people join dating sites for all the wrong reasons. In the messaging section of the app, users can see if messages have been read or deleted. The messaging seems to be a strong component of this app.

This is a really unique dating app because even though the name is tastebuds the idea of the app is to connect people through mutual music preferences. It is a location based app so you can meet up at a local concert or music venue. Tastebuds also seems to emphasis that it isn’t just a dating app, it can also just be used to find friends who listen to the same music. You can like or skip people, similar to the Tinder concept, and messaging is also free.

Last but not least, Bumble, which also has an interesting twist in a world filled with dating sites. It is location based and both people must like each other before you can message. The twist comes with the 24 hour expiration of a connection, and it gets better, the woman must message first. Bumble also offers a BFF option so you can look for friends, not just dates.