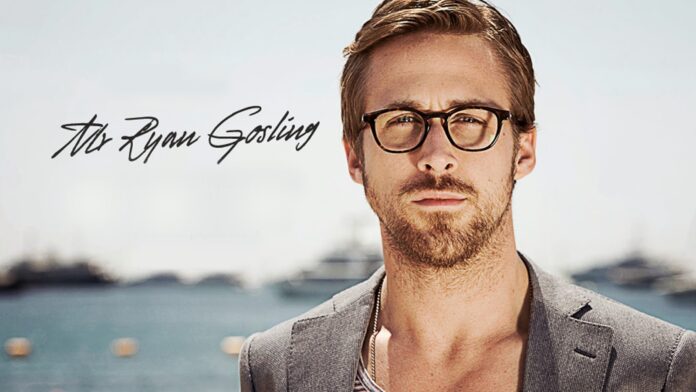 We went on a search to find the top 15 Ryan Gosling movies out there, and boy did we hit the jackpot! From romcom chick flics, to dirty violent crime movies, Gosling has just about done it all. We took to Rottentomatoes for the ratings for each of these fabulous movies. With this list you will be able to swoon over Ryan Goslings perfect face, charisma and talent. Be on the look out for the release of Nice Guys with Russell Crowe and Ryan Gosling in 2016, and also La La Land with the gorgeous Emma Stone! Don’t worry we also let you know if they are available on Netflix or with an Amazon Prime subscription.

The famous and romantic Ryan Gosling and Rachel Mcadams movie!If you haven’t seen this film you haven’t even began to experience Ryan Gosling in his mouthwatering sexy, sweetness. This goes down as a classic in many women’s books and with good reason. Gosling plays a not so fortunate man in love with a girl who has everything in life. The freedom that Gosling has though is ultimately what draws the beautiful privileged girl to him, but as the movie progresses their differences show to be a challenge. And that doesn’t even begin to scratch the surface of how drama filled and romantic this movie is. Rotten Tomatoes only gave this movie an average rating, but Ryan Gosling is above ratings in this film. This film is rated PG-13 and unfortunately isn’t on Amazon Prime or Netflix… you will have to buy this one.

Yes he takes his shirt off and yes, he does use the line “I work dirty dancing into the conversation.” This movie is absolutely fabulous with Emma Stone, Steve Carell, and Julianne Moore. Steve Carell’s character in this movie goes through a divorce and Ryan Gosling helps him find himself again, while he personally stumbles upon the girl of his dreams. Unfortunately, this film isn’t available on Prime or Netflix, but Rotten Tomatoes gave this movie 6.9 out of 10 rating.

Another movie where Gosling stars beside the lovely Emma Stone in a movie based in the late 1940’s in L.A. where a team of police officers are set out on a secret mission to take down notorious gangster Mickey Cohen. Rotten Tomatoes only rated this film 5 out of 10, but if you are watching just to see Ryan Gosling and Emma Stones chemistry, this is a great film for you. Your boyfriend/husband would even enjoy this somewhat of an action film. Again, not available on Netflix or Prime.

This movie was released on December 2015 and was nominated for four Academy Awards and three golden globes, taking home one Academy Award. This film is based on a book that was based on a true story. The story surrounds the banking crisis in America of the mid-2000s, where lots of people lost their homes. Ryan Gosling plays a banker who makes a fortune off the crisis. Steve Carrell, Brad Pit, and Christian Bale star along side Gosling. The film was rated 7.8 out of 10 on Rotten Tomatoes, but isn’t available on Prime or Netflix.

This is an R rated film about a couple’s relationship as it progresses over the years showing their struggles and happy times. It is a 2010 film staring Gosling and the always gorgeous Michelle Williams. Netflix is a no go on this one again, but you can watch this movie instantly on Amazon for only $2.99. Rotten Tomatoes rated this film at 7.8 out of 10!

6The Ides of March

With this movie you get to stare at two unbelievably hot men. Ryan Gosling and, drum roll please… GEORGE CLOONEY. This movie is about a juicy political drama on the presidential campaign where a Clooney is the candidate and Gosling is a campaign staffer. It is a 2011 rated R movie that is available to watch instantly on Amazon. Unfortunately, it isn’t listed on Netflix. Rotten Tomatoes gave this movie a 7.4 our of 10.

This 2010 movie is available to watch with a Netflix or Prim subscription! We finally found one! In this movie Mr. David Marks’ (Gosling) wife (Kirsten Dunst) gets murdered and he is a suspect, but the mystery remains through the movie to who actually killed her. Don’t worry you eventually find out who killed her! Yikes! Is Gosling a bad guy in this film!? It is rated R, and only received a 5.5 out of 10 rating on Rotten Tomatoes.

This 2011 R rated movie got a 8.3 out of 10 on Rotten Tomatoes! Ryan gosling stars beside the lovely Carey Mulligan. This movie is about a mysterious stunt man/mechanic who is running from his past, but gets a run for his money when he falls in love with a woman who’s married! Gasp! Gosling get roped in to what turns into a bad idea, and finds himself trouble when he tries to help her. Unfortunately, this one not on Netflix or free with a Prime membership.

This one is available for free with an Amazon Prime membership! This movie is full of boxing, drugs, prostitutes, revenge for a murdered brother, and a mom who is a crime boss too. Apparently some dude chops off his brothers hand in the process of this movie too? Gosling is one sexy bad boy in this movie, even if you aren’t into these kinds of movies, his sexiness should be reason enough. Talk about an R rated drama and crime filled movie, rated 5.2 our of 10 on Rotten Tomatoes.

10Lars and the Real Girl

Gosling plays an odd duck in this film. Lars, A delusional young man, falls in love a mannequin, yes you read that right… a doll. Told you he was a weird duck in this film. But, this is a good break from the previous violent movie. But apparently Gosling plays a fairly sad and lonely man, if you don’t feel up to seeing this sexy man in pain it might not be the movie for you. It is rated PG-13 and got a 7.1 out of 10. Lucky for you, after watching Gosling kick butt in “Only God Forgives,” you can click over on your Amazon Prime account and watch this one too!

If you haven’t seen this movie, you are majorly missing out! It shows Americas love of football in one of our nations troubling times. This movie is about an African American coach who is struggling to get his now integrated team to play and act like a team. Gosling isn’t the main character, but this 2000 movie gives you an opportunity to see the young Ryan gosling when he was 19 years old. This movie is rated PG, 6.3 out of 10 on Rotten Tomatoes, and isn’t available on Netflix or Prime. *Spoiler* Gosling sings “ain’t no mountain high enough, ain’t no valley low…” in this movie! Even if you aren’t into football that scene alone is good enough reason to watch it. For the notebook movie cast check IMDB.

12The Place Beyond the Pines

Oh my goodness! Not only does a bad boy Gosling stars in this film, Bradley Cooper does too! Gosling plays another stunt driver in this film and this story includes a love interest (Eva Mendes) and their child together. A cop makes things difficult for Gosling who is just trying to support his family. This 2012 movie is rated R, and received 7.3 out of 10 on Rotten Tomatoes. This movie isn’t available on Netflix. It also unavailable with a Prime membership.

In this 2006 film Gosling plays a junior high teacher who is messed up in the world of drugs, but somehow manages to find a friend in one of his students.  It isn’t available on Netflix or Amazon Prime. It surprisingly received a 7.6 out of 10 on Rotten Tomatoes. In the movie poster Gosling sports a heavy 5 o’clock shadow beard, and man does he look sexy.

Can we just take a second and admire how sexy Gosling was even before he took on the full husky man look!? Even with his somewhat baby face he is still irresistible. In the 2007 movie Gosling plays Willy Beachum who cheats with a rich mans wife. After the rich husband shoots his wife he blames Gosling for her death. There is another interesting twist in this movie that you are just gonna have to watch to find out about. But, seriously, can we talk about a scandal of a movie…explains why it is rated R. Rotten Tomatoes gave this movie 6.5 out of 10, but unfortunately, it is not available on Netflix or with a Prime membership.

A thriller about a psychiatrist (Ewan McGregor) is trying to prevent one of his new suicidal (Ryan Gosling) patients to commit suicide. Gosling playes the suicaidal mystery guy who claims to have killed both of his parents. While trying to diagnose him, the psychiatrist gets into an unstable mental state. A really great fever-dream mystery-drama film but unfortunately is not available on Netflix.