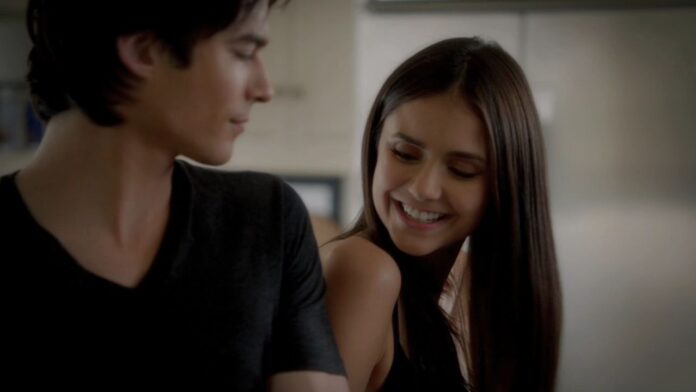 What to Talk About with a Guy

Breaking the ice can be difficult with some guys, especially if we don’t completely know who they are or where we stand with them. You have all these questions you want to ask him but don’t know how to form them or they just never come out the right way. And let’s be real, we don’t want to bore them with basic conversations about nothing! Men are known for getting bored easily and then their minds start to wander off, that’s the last thing you want. You want to show your guy that you’re more than just shopping and getting your nails done. Here are the perfect topics to talk about to keep the guy’s attention and have the conversation flowing.

Talking only about women things doesn’t necessarily keep a man’s attention to be quite honest and the same goes vice versa. While you listen to him ramble about his interest, really listen to him. You might find something that you both have in common! Of course you’re going to give your guy the spotlight he deserves but when you find the chance to plug yourself in, do it. If he’s talking about a certain hobby you have in common or something about his childhood that you can relate to, steer the conversation. There’s nothing wrong with incorporating your own stories too because you’re not interviewing the guy – you’re having a conversation. This is the perfect way to go off about something that both of you are passionate about and can kick off a great relationship. Once he notices that you like something he does, it’ll spark a flame. That will show him that you are compatible to him and definitely keep him interested. He won’t be looking anywhere else!

2Find out each other’s goals

Every person has a list of goals sitting in their room, or in their mind, that he/she wants to accomplish in his lifetime. Unlock that hidden list by discussing what are some of the things both of you wish to do in each of your lives. Both of you might have more in common than you think and it’s refreshing to find someone who understands the importance of some of the goals you aspire to accomplish. This will also unveil a layer of who you are because you’re getting personal, which is never a bad thing! You want to open up to one another because small talk is never the way to go.

To all my sporty girls, this is your chance to let guys know that women are more than shopping and can have athletic coordination. Guys usually get skeptical to all women who know about sports (from personal experience) but once you hit them with the facts, he will totally be into it. You can also detect if he’s a sports fanatic if you catch him watching ESPN or if you notice he gets notifications on his phone about sports news. Doesn’t matter which sport, just know that he’s a fan. Who knows, both of you might be a fan of the same team. That can totally call for a game date where both of you can show your fun and wild side with no shame. Asking him about his favorite teams will get him all wired up and ready to talk for days. Not only that, you also get to show off your knowledge which will slowly deteriorate the stereotype he might have over women.

4What each of you do for a living

Wanting to know the answer to this question is a common and frequently asked because it’s how you spend most of your time. Talking about work can get pretty bland depending on how much you talk about your job. It’s important that you notice how much you start to talk about work because it can throw off the vibe. There are many cases where someone might talk too much and the other person will lose interest in the conversation because that’s all he/she is talking about. Of course, asking is fine out of curiosity but don’t let this be the only topic of discussion. Give each other an appropriate amount of talking time then go beyond that. Obviously, if you want to know more or want to clarification – there’s nothing wrong in asking.

You can really get an insight of a person based on what he/she thinks of each gender. It’s a controversial topic because you never know what the other person might say but it’s a good way to see who you’re dealing with. People might be afraid to talk about gender roles because it can cause tension but the point is to understand who you are getting to know. As a woman, you should know if he agrees with you on your viewpoints on certain societal roles and vice versa. If your relationship blossoms into something more then neither of you will be surprised on how you are acting towards each other.

Most people get shocked once personal questions are asked but this shows that you’re not about small talk. You want to get to know this person on all levels and it’ll leave a lasting impression. Many people are afraid of asking certain things because it can be crossing the boundary of getting personal but what’s the point of getting to know someone if you can’t get personal? The fact that you want to know more than his/her work or hobbies and want to know about their family will make them realize that you want more than just basic information but intimate answers.

Because having a good laugh while getting to know someone is never a bad thing. It’s even better when the both of you can’t even speak because you’re laughing so hard. To be honest, the best relationships are built off of things where both people have the same sense of humor so start cracking jokes. If you can’t laugh together then what’s the point in building a relationship? The reason for saying that is because no relationship should ever be “too serious”; meaning, both of you need to have fun with each other. When it comes to growing with a person, there needs to be a balance of everything including, having fun but also being able to get intimate and serious.

This topic had you shocked didn’t it? It definitely caught your attention and it will do the same to the person you are talking to, girl or guy. Talking about sex can be a hit or miss topic but it’s up to you to set the tone. Of course, you have to be aware of the person’s character before talking about sex because it can be too much of an intimate topic. If you feel like you’ve become close with a person through time then there’s nothing wrong with talking about sex. You have to keep it light-hearted, keep it casual and know what’s crossing the boundaries. It’s just another topic just like any of the other ones.

Food is something loved by everyone so you can never go wrong with talking about it. Since we love it so much, it always brings positive energy to any conversation because it makes us so happy. Food is much more than what we eat but a reflection of our culture and who we are as a person. You can learn so much about a person based on what they eat day-to-day, what they like and don’t like. This can also be a great way to propose another date! If either of you want to try some food mentioned in your conversation, you can go together.

For those who are conscious of what’s happening around them, you can’t help but not talk about the news. It might be a boring topic but it can bring up interesting ideas. You can understand where he/she stands with politics, society and many other topics. It’s a conversation not only where you get to teach but also be taught, a give and take scenario. As one starts to get older, being able to have these types of topics are important because it shows that you are maturing. And if you a person who finds it important to know what’s happening in the world and in your society and he/she doesn’t have a single clue then that might be a red flag for you.

Talking about health doesn’t necessarily gives you the excuse to boast about how fit you are, this isn’t a competition and they probably will get annoyed with you. Health goes beyond your physical appearance but mental wellness also. This is a great way to discuss the importance of being healthy all around and get to understand what each of you think is considered healthy. If both of you are people who work out then this is a great way to do it together every once in a while and challenge one another.