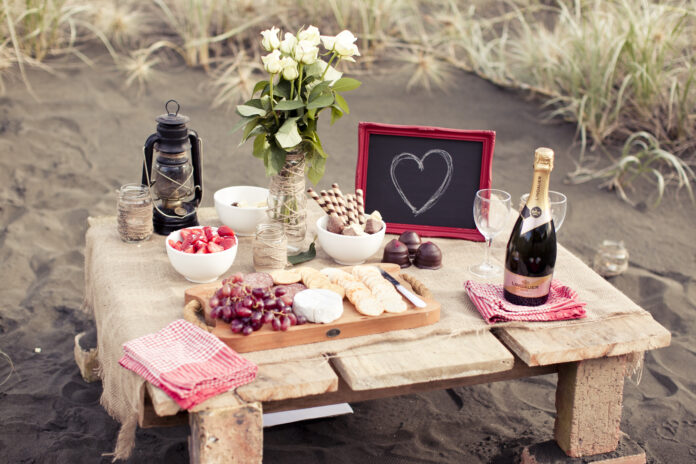 Asking yourself how to get him to commit? Is he interested in me for the long haul? I refer to my boyfriend, directly and indirectly, a lot in this list; do not think that we have the perfect relationship, though. No one does, but I decided to use him as an example because he did these things when we met, and in the 8 months since, he has proved time and time again that he is in it for the long haul. Hopefully, these tips can help you determine if your guy is right for you! Good Luck!

1He won’t let you pay on dates

If he really wants a relationship, he will try to impress you and make you feel like a princess. On the first date if he pays for the date, he is showing you right off the bat that he will take care of you. Other similar actions, like holding your purse when your shopping, walking your dog, or driving every time you get in a vehicle, that are the equivalent of paying on dates, but for a day to day basis.

2When you want to see him he will come

If you are going to a local music festival with your friends and say, “I wish you could come too!”, and then he randomly shows up with a friend. That might be a sign. It is defiantly a sign when you say, “I really want to go to (new movie), but can’t find anyone to go with,” and he replies “We’ll lets go right now!” If he will take you to a chick flick, you know it’s real. (When I met my boyfriend, he lived 3 hours away from me, but we both just happened to be at a bar in a town between us the night we met. I text him the next time I was relatively close and he drove two hours just to see me again!)

3He texts you all day and into the night

It’s not random texts throughout the day or a booty call at 2 a.m., it is all day everyday he wants to talk to you… unless he is at work or in class or with family. There are always exceptions to this, but if he generally text you all day everyday and responds quickly, it is a very good sign. This is one of those things that might begin to fade when you actually do get in a relationship, so keep that in mind, but it isn’t a bad sign. People just get busy.

4He dresses nice when you are together

Every girl is guilty of spending entirely too much time in front of the mirror before a date or before she hangs out with the cutie down the hall in her dorm. Guys do the same thing! They want to look their best when they are around a girl they like! So if you have been around him a number times or been on a few dates and he looks like he tried to match his shorts to his shirt before walking out of his door, it is yet another indication that he is serious about you.

5He is focused on you when he is with you

This for the most part means he is not glued to his phone. If he runs into friends while you are out, he won’t suggest that the two of you hang out with them. He wants his alone time with you in the beginning, because he wants to give you his full-undivided attention. Make sure you know the attention is genuine though, I think we have all seen the movies with the fake, hot guy playing a girl by asking her all kinds of personal questions. It is typically easy to spot those guys though.

6He smiles a lot when you are together

And not a fake, hot guy smile either. A genuine happy, giggly smile. If he is smiling you know he is happy to be by your side!

There is no shame in the “like” game. Girls are all guilty of texting our BFF Jenny and saying that Ryan has like every selfie you’ve posted in the last week, OMG! But seriously, if he likes what you post and share (especially if it is a news article or something without your lovely face in it) this is a good sign. (I started a Instagram for my photography business right after me and my wonderful BF met, I told him about it and not even a minute later he was my first follower. He beat my mom to the punch and I even text her first!)

8He remembers random things you tell him

This was actually a huge wake up call for me when I first started dating my BF. I had been with guys who couldn’t seem to remember my birthday (those relationships didn’t last long, promise!), but my current BF hung on to every word I said and didn’t forget anything. He remembered things I didn’t even remember telling him, or that I didn’t think was a huge deal. When he mentioned them later, it was so surprising. That was the moment, for me, I realized he actually cared.

9He looks at you differently than other guys

He isn’t looking at your tight jeans or what your V-neck sweater is showing, he is looking at you as a person. It is very, very easy to tell the difference once it happens. Wearing revealing or sexy clothing doesn’t seem necessary when you go out together, because the way he looks at you is always the same (now, there are always exceptions to looking sexy when you go out though!).

10He sticks through the awkward parts of the date

You fumble through your words, choke on a piece of steak, can’t seem to make eye contact with him, (I am guilty of all… in the same date…) and he doesn’t bail or start acting awkward, he is a keeper. On the second date with my BF I did all three of those things at diner. When we finished I was expecting him to say his boss text him and he had to go or some other lame excuse, but he did not. I had awkwardly talked about how much I loved a bookstore that was down the street and when we walked out of the steakhouse latter that night, I asked what he wanted to do now. He said “I’m going to take you to that bookstore down the street.” My heart melted.

11He hints at the future

This one is pretty self-explanatory. If there is a concert in your town 6 months from now and he says the two of you should go, he is envisioning himself with you in 6 months. EEEK!

I have to get a little sappy here and make another reference to my boyfriend. On our third real date, he stood in front of me and said “I think I am falling in love with you.” (I know right!! Every girls dream!) I said something like, “That is so sweet, I think I am too,” and then we talked about how the three hours between us might be a problem. He told me he was looking for a different job anyway and then he said in all of his sweetness, “I just have this feeling like I need to take care of you forever… you know what screw this, I am in love with you,” and he kissed me. That date now marks the anniversary of when we started dating. He told me he wanted a relationship. There weren’t any games, or waiting, he just told me. I have never had that happen before, so don’t count on your man flat out telling you. But, if he wants you bad enough he will do whatever it takes to get you. 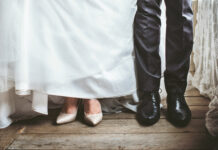