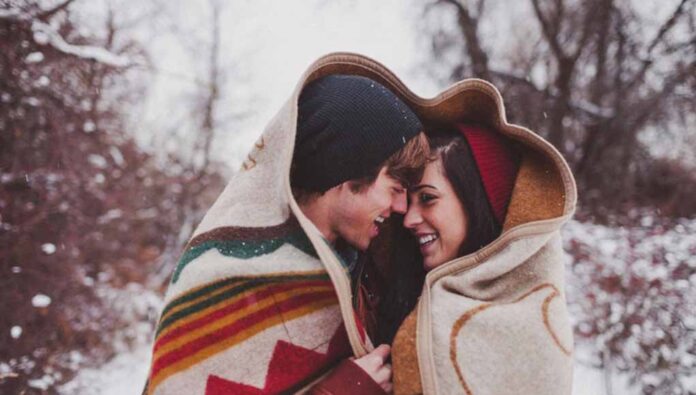 How to Make a Guy Want You Back

Sometimes getting the guy isn’t the hardest part—keeping him is! Whether you are currently in a serious relationship with him or you guys have been dating and you want him to step up his commitment game, we have a few tips for how you can make him want you! Every guy is different, but these five strategies below will help any type of guy realize what an amazing catch you are and how crazy he would be to lose you!

1Have fun with him

Guys can seem complicated, but in a lot of ways they are simple and more like you than you think. Would you want to be with someone who you didn’t have fun with? Well, he doesn’t either! No matter how gorgeous and nice you are, if he isn’t having a great time dating you he will feel like something is missing. If he feels like something is missing in your relationship, he will subconsciously, or consciously, be on the lookout for someone else who fills the void and who makes him feel excited. Having said that, make an effort to do fun and exciting things with him that both of you enjoy. Even though you might think the easiest thing to do would be to plan activities that he enjoys, it’s better in the long run to get in the habit of planning things that each of you can enjoy. You don’t want to fake having fun with him because he can tell and will feel frustrated that he can’t please you. Plus, you will eventually be resentful when he suggests doing things that you have pretended to like. The bottom line is that people want to be in relationships in which the other person makes their life happier and fuller than it would be without the other person. Over time, passion can fade and daily tasks can create obstacles to feeling as carefree as you did early in your relationship. However, making an effort to do fun things with each other will ensure that he associates you with being happy as opposed to being a source of stress that he wants to escape.

2Have fun without him

It may seem counterintuitive in light of our first piece of advice, but guys are attracted to women who are able to also have fun without relying on their man. It’s very common for the early stage of a relationship to consume both of your lives since things are always easiest and most exciting in the beginning. The problem is, many couples can have a hard time figuring out how to balance their relationship with the other important people in their lives. Think about it: wouldn’t you feel pressured and frustrated if he always wanted to tag along when you have plans to catch up with your girlfriends? Maintaining a sense of self and the relationships that existed before your relationship is incredibly important for both of you. As much as he loves you, he will feel stressed and pressured if he thinks the only thing that can make you happy is him. He needs his guy nights with his friends, and he will become resentful if you guilt him about not including you or if he feels pressured to include you because you are sad about not having anything to do without him. This great tactic is a safe bet if you want to know how to make a guy fall in love with you and want you for the long term.

Guys are visual creatures. Even though he loves your personality and wouldn’t criticize how you look, he definitely appreciates when you make an effort to present yourself in the best way possible. Although he shouldn’t only care about your appearance, it is natural and expected for him to be more attracted to you when you continue to try to look great even after you’ve already “gotten” him. When you’re happy with your guy, it can be tempting to give up on some of the health and grooming habits that you adhered to when you were trying to impress him and get him to want to date you. As much as he loves you, remember that he hasn’t forgotten the person you were in the beginning stages of your relationship— the person who he first began to fall for. Continuing to go to the gym and dress nicely not only shows him that you take pride in your appearance, but it also shows him that you respect that he deserves effort. “Letting yourself go” can communicate to him that you take him for granted and no longer think he is a catch that you want to give your best to. This does not mean that he doesn’t adore you without makeup or that he thinks you should never pig out on pizza; it just means that he will want you more if you are able to let loose around him and also show him that you still care that he is attracted to you.

A little bit of jealousy in a relationship can be a great way to make him want you, but it’s important to not go overboard. You shouldn’t be hitting on other guys, especially in front of him, but it never hurts to casually mention that a co-worker asked you out or that a guy gave you a compliment. Basically, you want to subtly remind him that you are a catch and that he is lucky to have you. As we said, you have to be careful with how far you take it. You don’t want to give the impression that you are gloating, that another man’s compliment made your day, or that you are tempted to cheat. All you want to do is make sure he never forgets that you are desirable and that you are choosing to be with him. To put it this way, winning a competition isn’t fun just because of the prize itself. It’s fun because you won something that other people wanted to have, but that only you were able to achieve!

5Impress his friends and family

In the short run, a guy may not care if his family and friends don’t like you. This is because it’s easy to compartmentalize your relationship and the rest of your life before things get serious. However, if you want him to see a future with you and to be convinced you’re the one, you want as many people as possible supporting his decision to be with you. Your guy cares a lot about what his friends and family think of you and these are the people he will go to about advice when he needs to talk about your relationship. If you can show his friends and family how awesome you are and how great you are for him, they will encourage him to hold on to you. When you two get in a fight, you want people reminding him what a catch you are and that he should put in the work necessary to hold on to you. Plus, it’s a boost to a guy’s ego knowing other people are envious of how great his relationship is, so it definitely doesn’t hurt to have a team of people who will remind him of that!

Keeping a guy’s interest and commitment can seem difficult, but the bottom line is simple: he will want to hold on to you forever if you make him feel happy and lucky to be with you. Having said all of this, remember that you should always look after your own needs and trust your gut. If it feels like his interest in you is waning, don’t immediately assume that you are doing anything wrong. You need to remember to ask yourself if he is the right guy for you and if he provides you everything you need. Basically, the tips above will definitely make him want you, but make sure that you know you want him too!