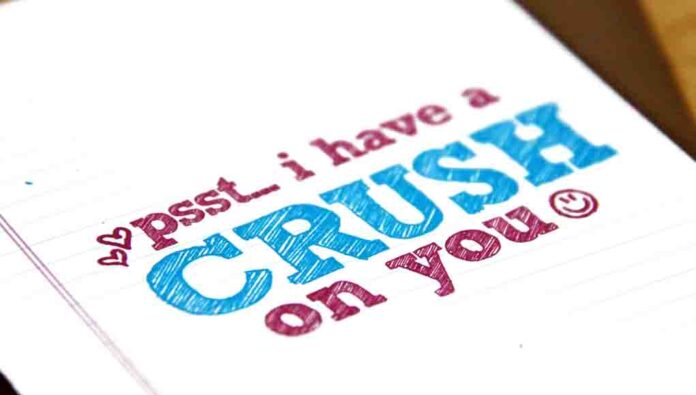 How to Start a Conversation With a Guy: Cute Things To Say To Your Crush

Having a crush on someone can turn the most eloquent speaker into a bumbling fool. Don’t be left kicking yourself after you awkwardly mess up a conversation with a crush, prep some cute conversation topics that will turn the situation to your favor. The following ‘cute things to say’ will help you know how to talk to your crush and get his attention.

This is a simple way to build expectation in your crush’s mind. It’s not too flirty but it’s a little bit more than platonic so it’s a perfect way to walk the line. It shows that you’re kind of into him, but not super committed. It also gives off a casual and carefree vibe.

2I just woke up and I’m already thinking about you

Asking yourself ‘should I text him?’ YES! Start the morning off right by letting your crush know that he’s on your mind. This has the added bonus of putting you on his mind. This is also a good way to start off a conversation first thing in the morning that will (hopefully) last the whole day!

3I love your smile

Compliments are a nice way to bond with another person, and who doesn’t like being told their smile is splendid? Smiles are a beautiful way to share happiness and love with other people, and is a good compliment to give that isn’t too superficial.

4If we were together right now, what would we be doing?

This is an easy way to get someone to think about you. Not only will your crush be thinking about you, he’ll be imagining you guys doing something together. Hopefully this will translate into a real-life hangout in the future!

5If every word I said could make you smile, I would talk forever

Hopefully, his answer is — everything you say does make me smile! That means you have free license to talk forever…. just kidding! But even if you don’t talk forever, this is a nice way to show your crush you’d do a lot to make him happy.

An impromptu wager is a cute and funny way to start a conversation as well as develop a relationship. This is also a quick way to develop a funny inside joke! For instance, you can use one of your teachers’ silly quirks for your bet. Regardless of whether or not you win the money, you have something to laugh about together!

7Blue is definitely your color

Here’s a good compliment that gets nice and specific. Wait till he wears a shirt you like and tell him straight up (or through text if you’re shy) that he looks good in it, or that that color suits him. Bonus, he’ll think about you the next time he wears it!

8I want to be the reason you smile…

If you want to know how to flirt over text or even face to face, Making someone smile is a great thing — it means you’re a positive influence on your life! Share this sentiment with this simple statement. Maybe you’re already the reason for your crush’s smile! Regardless, it’s nice and flirty!

Like a bet, a dare is a fun way to translate flirting into action and hopefully some hilarious inside jokes! It’s always a fun way to entertain yourself in class and make some progress with your flirting at a normally boring time.

10Sexy text messages for him: I seem to have lost my phone number, can I have yours?

Turn the tables on your crush by making the first move. A sense of humor is a good look on anybody, and this witty repartee will make you stand out. Also, if you’re successful, you can move the flirting to the texting screen, meaning you can continue even when you’re not face to face.

11If you were a vegetable, you’d be a cute-cucumber

*Groan*. But come on, it’s so lame that it’s cute! You guys can laugh about it together, and maybe this will even lead to an exchange of similarly lame puns and jokes. It’s also a flirty way of testing the waters because if he reacts weirdly you can play it off as a joke.

12Not many people can take my breath away, but you don’t even have to try

People like to feel desired, and your crush is probably no different! It’ll be exciting for him to hear that he can have an effect on you. As a bonus, it’ll probably make him more conscious of his presence as well as how he affects you.

This is a funny and witty joke (and a great idea for flirty text messages) that makes you stop and think twice. It’s a double whammy because it simultaneously compliments your crush but reminds him of you too! It’s a good reminder that your crush might be hot stuff, but he’s not complete…without you.

This is a playful pick-up line, that shows off your sense of humor and also lets your crush know that you think he’s cute. It’s a funny way to start off the conversation, whether in person or through text. Hopefully, he’ll reply by saying you’re cute too!

15You know what this material is? (*Grab your shirt/top/dress*) Boyfriend/Girlfriend material.

This is a bold move so work up your courage before you initiate it! It can either go really well or really badly. You can help yourself with this pick-up line by wearing an outfit you feel confident in, especially because you’re going to be drawing attention to it.

Let him know what a positive impact he’s made on you by texting this to him after he’s done something funny or nice. This is a great thing to leave your crush with at the end of the day, hopefully, he’ll be smiling because he knows he made you happy.

This is simple and to the point. It’s a great way to show that you’re interested in him, and not just in talking about yourself. It’s also a nice way to learn more about him and his interests.

18Everyone’s going to ___’s party tonight, you better be there!

Saying “you better be there” is a bolder way to show your interest than just saying, “hope to see you there!” It shows that you’re interested and want to spend time with him in a social setting.

This is a natural way to start a conversation that isn’t cheesy or weird. It’s also a good way to start an inside joke, or start talking about some mutual interests. This can be something that you guys continue to talk about, for instance, a movie you just watched.

20Had a great time last night, let’s hang out more

This is a great way to follow up after hanging out with him, whether it’s one-on-one or in a group. It assures him that you enjoyed his company and that you want to do more things together. This also puts the ball in his court to ask you out again!

21That science quiz is going to be killer…wanna have a study date?

If you share a class, get some mileage out of that with some out of class quality time. Saying “study date” is flirty without being over the top. It shows that you want to be more than friends but is also casual.

We all love to receive cute text messages. This is a good way to start a late-night conversation. If you’re lucky, he’ll be awake too and will text you back. Everyone knows that late nights lead to looser lips, so maybe you’ll make some good progress with your flirting.

23Hi cutie! How do you think you did on the English test?

The mention of school is casual, while the “hi cutie” kicks things up a notch. It’s an easy way to exploit your classroom connection while expanding your relationship to outside of school.

24When can I see you again?

This puts the ball in his court while giving off strong vibes that you like him. Since you’re saying “can” you’re making it clear that you enjoy hanging out with him. It’s as close as you can get to asking him out without making it explicit.

Let him know you’re thinking about him with this simple gesture. Hopefully, he’ll reply that he’s missing you too! Even if he doesn’t, it lets him know that he’s important to you and you want to be around him.

So don’t be shy and try some of these cute ideas, texts and things to talk about with your crush!