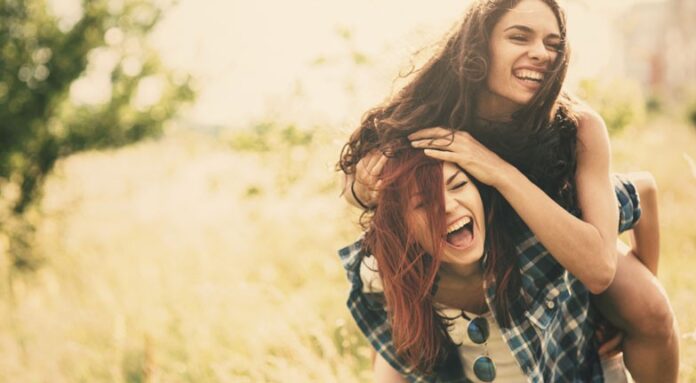 30 Challenges To Do With Friends

Challenge videos make up a good amount of YouTube’s content, plus they’re a lot of fun! You can turn almost anything into a challenge and a fun time with your crew. Challenges are a great, slightly structured, creative, and hilarious way to spend a slumber party, summer hangout, or after school “study” session. So we’ve compiled a list of some classic challenges, food challenges, unique challenges, and many more fun challenges to do with friends, to get you all on your way to challenging yourselves and your buddies. Grab a few supplies, some friends, and your sense of humor, and get ready to make some memories.

1Popular Challenges To Do With Friends At Home

These are classics that thousands of people have participated in, so why not join the party!

The Cinnamon Challenge:
A classic, very popular challenge. Just be sure to have water near by.

The Oreo Challenge:
Option One: Separate an oreo’s halves, stick the side with the most frosting on your forehead and try to get it down into your mouth without using your hands.
Option Two: Get a bunch of different flavored oreos, blindfold your friends, and have them guess what flavor the cookies are.

The Guess That Song Challenge:
There are multiple variations of how to do this challenge. You can play a song clip backwards, hum a song, give each other hints to guess the song title, whatever you want! There’s really no wrong way to do a challenge like this one unless you’re not having fun.

The Try Not To Laugh or Grin Challenge:
There are probably thousands of video compilations out there for this challenge. A series of (generally) short, funny video clips are put together into videos of varying lengths. So pick one or two at random, grab some popcorn, and try not laugh, smile, or spit your drink as you participate in this hilarious challenge.

2Food Challenges To Do With Your Friends

Because who doesn’t love food right?

The Cracker Challenge:
Try to eat six Saltine crackers in a minute. This is actually a lot more difficult than it sounds because of how dry crackers are.

The Chubby Bunny Challenge:
Grab a bag of marshmallows and every time you stick one in your mouth, say the words “Chubby Bunny.” This challenge is also a lot more difficult than it sounds, and your cheeks will be aching by the time one of you surrenders. Just be careful not to choke!

The Watermelon Challenge:
Try to eat a watermelon with no hands in two minutes. This is messy, fun, and perfect for summer sun!

The Lemon Challenge:
See how many lemon slices your friends can eat. On the plus side lemons are full of good vitamins.

3More Food Challenges To Do With Your Friends

The Lime Challenge:
Same as the lemon challenge but with limes.

The Powdered Donut Challenge:
Try to eat 5 powdered donuts in a certain timeframe without anything to drink, and no throwing up!

Pop Rocks Challenge:
See how many pop rocks you each can hold in your mouth. Pour yourself a mouthful of pop rocks and close up tight! Last one standing wins.

Pizza Challenge:
Who can finish a whole pizza first?

The Pringles Challenge:
There are a ton of different Pringles flavors out there, so get shopping and have your friends taste test them and guess which flavor the chip is. The friend who guesses the most correctly wins!

The Goldfish Challenge:
Same as the Pringle challenge, get the weirdest flavors of goldfish (from pizza to birthday cake) and try to guess which is which.

4Fun Oddball Challenges To Do At Home With Friends

Bubble Gum Challenge:
How much bubble gum can you each fit in your mouths? A whole pack? Three? Four?

Mentos and Coke Challenge:
Put some Mentos in your mouth and drink up! Just be careful not to swallow the Mentos whole.

The Ice Tub Challenge:
Either stand or sit in an ice bath for a certain amount of time.

The No Hands Donut String Challenge:
This can be a relay race among teams, or you can just see who can get the most donuts off the string in a set time period. String donuts have each person on each team run down and try to eat a donut off the string without using their hands. Pro tip: if you don’t do it as a relay, put a plate under the donut strings so if they fall you won’t be wasting them.

The Baked Beans and Chopsticks Challenge:
See how many baked beans you can get out of a bowl with chopsticks in a minute. May the odds be ever in your favor!

5The Artistic Cool Challenges To Do At Home

Embrace your inner Monet and Dali and get your artist on!

No Mirror Hairstyle Challenge:
Watch a tutorial for a hairstyle no one has done before, then try to replicate it without a mirror. You could also try this with no brush, bobby pins, hair ties, or even blindfolded on one of your pals.

Blindfolded Makeover Challenge:
Give a friend a makeover while blindfolded over your eyes. Be extra careful around their eye areas.

Blindfolded Self Portrait Challenge:
See who can draw the best self-portrait, blindfolded. Or you all can try to replicate a drawing or pattern you study beforehand, put your own spin on things!

6The Travel Challenges To Do With Your Best Friends

Why not travel the world with your friends in spirit with these cultivated challenges?

The Accent Challenge:
Write down a bunch of different accents on slips of paper, draw them out of a hat, and then try to guess which accent your friends are trying to replicate. Be sure not to give any hints when you’re talking other than the sound of your voice!

The Foreign Language Challenge:
Option One: Write down some common phrases in different languages (spell phonetically if you need to) and try to guess the language and what it means.
Option Two: Or one of you can play clips of foreign films or songs and have the other(s) guess what language is being spoken. Be sure to throw in some crazy ones, like Welsh or Ukrainian!

The Geography Challenge:
Try to get your friends to guess which country you’re describing without using any words related to the country’s name or continent. I.e. if you were trying to describe Japan, you couldn’t say that it’s an island in Asia or that the language is Japanese. Pro Tip: Try describing the food, fashion, or history. For India try hinting that they use a lot of spices in their dishes. You’re friends can always ask yes or no questions too!

7The Unique and Cool Challenges To Do With Friends

Blaze the trail and try something new! Here are some uncommon challenges to boost your spirits.

The Imitation Challenge:
Write down the names of people all your friends know. These characters can be your teachers, parents, or famous actors, whoever, as long as there’s something iconic and memorable that person does. For example if your teacher always puts her hands on her hips and says, “Back when I was in school,” give that a try. Attempt to act out that person and get your friends to guess who you’re imitating.

The Explain A Film Plot Bady Challenge:
Write down the titles of well known movies, like Finding Nemo, Titanic, etc. and then explain the film plot as badly as possible. For example, if you were trying to explain The Lion King you could describe the plot as “A fugitive who’s been eating bugs in the jungle for years goes back home with his childhood playmate and murders his uncle.”

The Ridiculous Facts Try Not To Laugh Challenge:
Either beforehand or on the spot, come up with the most ridiculous fact you can think of. Then look your opponent in the eye and tell it to them in the most serious way possible, like you were a teacher or news anchor. Example: Did you know, that this year alone four hundred and sixty five cows were beaten to death by grandmas on bicycles? You get the idea. Go back and forth like that until someone either laughs or can’t think of a fact in ten seconds.

The Guess That Fictional Character Or Famous Person Challenge:
One person will hold up a picture of a fictional character or famous person so that they can’t see it, then the other players must describe that character so that the first person can guess who it is in three tries before the time runs out. Bonus Round: Don’t say easy phrases like “He’s the actor who played Romeo and Gatsby,” try something more difficult like “He won his first oscar last year and now one of the longest running jokes on the internet is dead.”

The Common Household Items Charades Challenge:
Think of a common household item, like a television remote, and then mime what you do with it to the other challenge participants. If they can’t figure it out in thirty seconds, you lose one point and have to do another item. Writing a bunch of objects down beforehand and drawing them at random is an option too.