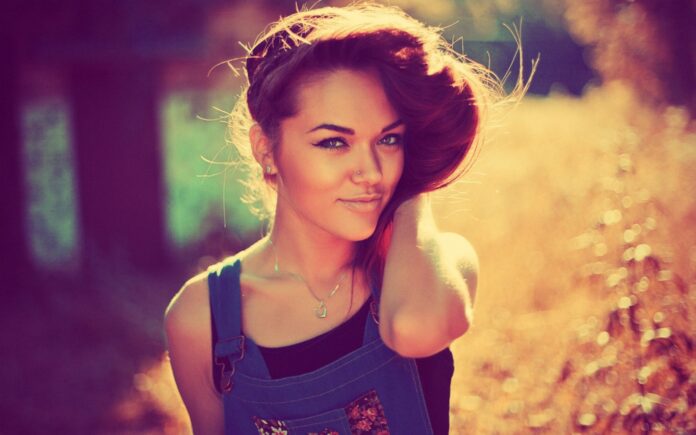 There is absolutely nothing easy about making the dreaded “first move” on someone that you like. Whether it is your first kiss ever, or your first kiss on a date or with a crush you’ve had your eye on for a while, it always tends to be a little bit awkward and uncomfortable. Yes, in some ways, the shyness and the uncertainty is part of the fun and makes for a cute story, but it always helps to have a few tips to make such a big first step a little bit more bearable and a lot less embarrassing.

No one is going to expect you to make the first move at all if you don’t first show them that you are totally and completely interested in them. Compliments go a long, long way. Point out things you like about the other person first, so that they are aware that you are into them. Before a move is even ready to be made by either one of you, try to be receptive and engaged to everything they are saying. It helps to reassure them that you like them and that the chances of being rejected are super slim, if not, nonexistent.

2Allow your body language to help you.

There is no doubt that if you’re on a date and the conversation is going well, it makes making the first move seem like a lot more of a possibility. BUT, what you’re saying with your body is adds a whole new layer to that conversation and can help you make it all the more obvious that a move will be made. Soft but direct eye contact shows that you’re attentive to everything that the person is doing. You’re watching them intently because you care and because you’re interested in them. Note: there is definitely a big difference between eye contact and boring a hole through their soul with your eyes. If you can take a note from Tyra Banks and master the smize while you’re at it – even better. Additionally, leaning in closer to talk to them helps to establish a comfortable closeness without having to seal the deal right away. It drives home that you’re listening, while also giving you the perfect excuse to be closer than really necessary. A gentle touch on the arm can seem like a small, mindless gesture, but it goes a long way. It’s a flirty, non-aggressive way of making contact and incorporating touch into your exchange.

Of course, their responses to these actions will help make it more clear if they would be open to you making the first move. If they seem closed off or disinterested based on their own displays of body language, you should absolutely avoid coming on too strong or being overly physical. There is nothing worse than someone who is overbearing and has no concept of boundaries.

Once you know you want to make a move, it is time to make moves of a whole different kind – flirting. Everyone has their own style of flirting, but a cute and clever compliment is a good place to start! A few jokes and gentle, well-meaning jabs can add to the playful, mysterious will you, won’t you feel of it all. Even though the whole point of flirting is supposed to be light and fun – the total opposite of serious – there’s nothing wrong with sending out vibes that you are seriously “tryna”. Wink, wink.

When asked, a lot of people say that thing that the thing that they find the most confident in a guy or girl is when they are confident. When you come across as confident, it reads as being sure of what you want, especially when it comes to making a move or not. Sure, being coy and a bit calculated always tends to always be a part of the game, but showing confidence in what you want will help you seal the deal. It is ultimately all about how you hold yourself and present yourself to the other person. It’s super easy to get self-conscious from side to side, so before you dive into a date or agree to hang out, do things beforehand that make you feel good about yourself! Whether that’s pumping yourself up with your favorite song, or picking out the perfect outfit, or putting on makeup (even though you’re gorgeous without it), go into it feeling like the best version of yourself and it’ll definitely help you get the best results possible!

5Be forward and upfront once you know what you want.

Sometimes, simply being totally honest and candid by saying “I really want to kiss you” is all you need for makeout magic to happen. Of course, there is a lot of fun in the chase and the game of getting to your end goal, but getting right straight to the point can also work wonders. It may feel like you are being too over the top or too obvious, but on occasion, it pays to be direct. Maybe you are dealing with someone who is super shy, or who does not seem as great at communicating and acting on their desires, and if that is the case, it is a-ok to try and take the reigns. But remember, there is big, big difference between being forward and being overly aggressive. You may think someone is shy, when they are actually disinterested. Be sure to look at all of the context clues and to read the other person well.

6Be the real you.

This goes for all aspects of getting to know someone, as well as all aspects of dating, but you want to be genuine and honest with your intentions. One of the most awkward things that can often happen in these scenarios is when one person completely blindsides the other and gives them no open indication that a move is something they wanted to make.

7Take baby steps, if need be.

You don’t have to kiss on the lips or have a full on makeout for a move to count as making a move. Sometimes the sweetest, most meaningful gesture is just a small kiss on the cheek. If anything, a tiny kiss at the end of a date or hanging out leaves the other person wondering about and wanting more. Just don’t be creepy and overly caring with a kiss on the forehead – you aren’t a parent putting their kid to bed.

8If possible, make sure the setting is intimate.

This viral strategy for making a move is hilariously popular for a reason! Hanging out just the two of you, snuggled on a couch… it is literally a perfect opportunity to make a move. It’s basically the old school movie theater make out, but without all the fuss of movie theater popcorn and crazy expensive movie tickets.

In a lot of ways, this goes against #12, as most occasions to dance happen surrounded by a ton of people. BUT, it is probably the most perfect excuse to get nice and close to the person you’re trying to make a move on. While you’re already fully face to face on the dancefloor, what’s stopping you from simply leaning in and making the first move??

Trust your gut. It sounds easier said than done, but deep down you will most likely know when the time is right. There is a certain feeling that you both get when you know that the other person knows that a move will be made. It just becomes a question of who is going to be making the moves. If you feel the timing is finally right, take matters into your own hands! Sometimes, overthinking every single little move just keeps the both of you from making any ~romantic~ progress. So make like Nike and “just do it” already!

With all this said, rejection is totally normal. There’s no doubt that getting shut down isn’t a great feeling, but it is important to keep in mind that it isn’t the end of the world! There are other fish in the sea and this time it just wasn’t meant to be. Sometimes, people say “if at first you don’t succeed, try again”, but this is one of those things where if there is a move to be made or some kind of potential for a romance to spark, you should probably let the other person take the reigns. Remember, consent is key and literally the most important thing!