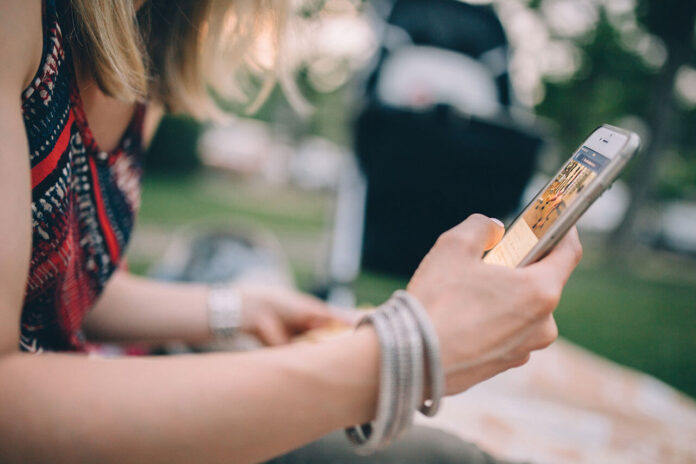 What To Do When He Doesn’t Text You Back

So you’ve met a guy that you really like. Maybe you’ve been out together a few times and now you’re texting back and forth. You’re both flirting, sparks are flying, everything seems to be going great and then poof! He’s disappeared. Where has he gone?
It’s a horrible feeling when someone just stops texting you and disappears without an explanation and it’s easy to start analyzing everything that you two spoke about, but it’s important that you don’t give yourself a hard time over it. Here’s what you should do.

We know. Everything would be perfect if he could just immediately text you again and you could just carry on the way that you were. It is important to remember that guys don’t place the same significance on texting as we do. So while we are analyzing how many kisses he wrote on that last text, or why he sent a good morning text everyday but Wednesday, he probably hasn’t even realized what he’s done. Chances are, he’s playing on his PlayStation and he hasn’t even noticed his phone buzz again, so give him time.
If he doesn’t message you for over a day, it’s possible that he got busy so give him the benefit of the doubt before you start getting angry, upset and jumping to irrational conclusions.

Be careful here because you don’t want to come across too desperate. If he hasn’t contacted you in a day or two he is either a) busy or b) just not that into you. However, you are never going to know for sure unless you contact him again. What have you got to lose? Send him a casual message like “how was your football game last night?” Or “OMG I’m just watching this show and it reminds me of…. ” This shows that you’re a laid back girl who isn’t worried if a guy isn’t constantly texting. In fact, it sounds so laid back that it sounds almost as though you hadn’t noticed they he didn’t reply to your last message which is perfect. It’s okay to send one or two casual follow up messages, perhaps spaced a day or two apart. If you don’t get a reply after that then don’t message again. Sending a bunch of unanswered messages will only make you look desperate and him less likely to respond.

Never ever send messages like “where did you go? Why did you stop messaging me?” Because then you’re living in crazy town, population: you. Trust us on this one, guys will run a mile after reading something like that and they definitely won’t want to move to crazy town with you.

You know that saying that says that you should never make someone your priority when they are just making you their option? Yeah, like that. If you haven’t heard from him in a few days, don’t dwell on him any longer. He doesn’t deserve so much of your attention. It doesn’t necessarily mean that he’s not interested, but it’s not a nice way for him to treat you either. Talk to other guys, enjoy hanging out with your girlfriends and keep yourself busy. We are sure that there must be other hotties in your area so keep yourself open to others. You don’t want to miss out on a nice guy because you’re spending all of your time waiting for someone else to text you back now do you?

4Catch Up in Person if You Can

If you go to the same school or college, or you work together then perfect. However don’t go out of your way to track him down and bump into him accidentally on purpose (that’s another ticket to crazy town right there and he’ll think that you’re a stalker!)
If you are able to see him, gauge how he is in person. If he’s super friendly and excited to see you then maybe he forgot that he hadn’t replied and you can give him one last chance to be better at communicating. You could even make a joke about him not replying and see what he says (for example oh my gosh! You’re alive! I was beginning to worry about you. When said playfully, he’ll laugh at the joke too and you might be able to get some explanation out of him.)
On the other hand, if he acts awkward and strange when you guys meet, tries to ignore you and he’s cold towards you then you know he’s not worth you time. Don’t get upset around him, act unfazed by it and let him know that you don’t depend on him.

Sitting around staring at your phone waiting for it to buzz and feeling sorry for yourself while watching sad movies and stuffing your face isn’t going to help anyone is it? Call up your girlfriends, have a pamper session, catch a movie and just generally keep yourself busy and enjoy having fun with your girlfriends. There are plenty of great things in life that don’t revolve around having a boyfriend so enjoy your single girl time. If he comes around and starts messaging you again, great. If he doesn’t? His loss.

6Don’t Keep Complaining About it

Your concerned girlfriends will listen to you once but no-one wants to hear the same story over and over about how some guy never responded. Try to keep yourself occupied with other things. Be careful about who you complain to also as if you talk to any mutual friends then the word could get back to the guy and it might make you seem dramatic and a little bit intense that you made such a big deal about it.

7Don’t Rant About It On Social Media

Please don’t do this. Just trust us on this one. We’ve all seen it. You know those people who over share and write statuses on Facebook like “Don’t you just hate it when people never reply?” It doesn’t take a genius to work out who these cryptic statuses are about. What happens is simply between the two of you so don’t share it with the world. Doing so will just make you look immature and then he definitely won’t contact you after that.Not to mention, other people will be reading your statuses and they will probably find them annoying.

You don’t want to put off other potential dates by seeming like a girl that will rant on social media about guys every time something doesn’t go exactly to plan.
On the flip side, photos of you having a great time with friends is likely to make people think “hey she’s a cool girl, I wonder what’s she’s up to..”

There comes a point where you just have to move on and realize that you’re not going to hear from him again. If you don’t hear from him after a couple of days, you’ve tried to reach out to him by test and he hasn’t responded then the time for moving on has arrived. Don’t be sad about it, as it’s likely nothing personal and he is just one guy in a world of millions of hot guys.

Who knows what happened to him? At first, you were worried that he had an accident or even died but the little tell tale blue tick next to your message on WhatsApp lets you know that he absolutely is alive and reading your messages. Maybe he’s busy, maybe he’s just not that into you and he doesn’t know how to tell you, maybe his ex-girlfriend wants him back, it could be any number of reasons but you’re a hottie who doesn’t need to wait around for anyone so delete his messages, forget about it and just move on with life.
Don’t be tempted to send him a message to tell him why he’s an idiot and start questioning him or calling him names, it will only reflect badly on you. Show him that you’re independent and happy without him and he’ll wonder where you’ve got to. Nine times out of ten we find that disappearing guys always come crawling back to the girls that they ignore anyway, and when he does, you can decide whether or not you want to reply next time but hopefully instead you can find a nice, respectful guy who actually texts you back when he says he will and treats you how you deserve to be treated (like a princess!)