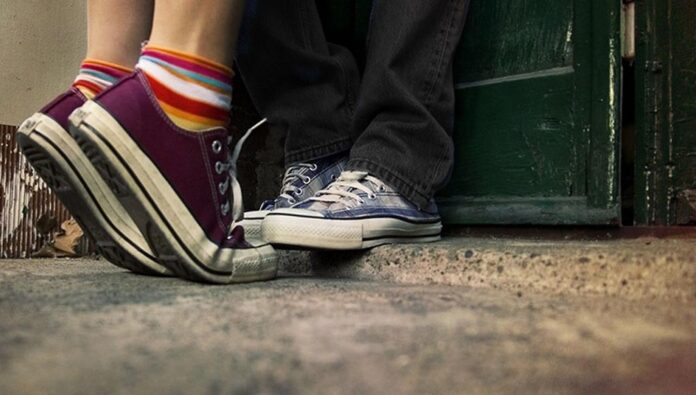 14 Signs A Guy Likes You

Before we get started on the topic of knowing how to tell if a guy likes you, it’s important to remember that the only truly foolproof way to know if he likes you is if he tells you directly or if he tells someone who tells you. Having said that, the good news is that there are certain patterns in behavior that people engage in if they have a crush on someone, What this means for you is that you will probably be able to figure out if he has a crush on you! Keep reading because we have compiled a list of some of the ways you can tell if a guy likes you. While these signs are not conclusive on their own, the more signs that apply to your situation, the more the odds that he likes you increase! Remember, even though it can be tempting to try to make your crush’s behavior compatible as many of these signs as possible, it is best to be honest with yourself about whether he is truly sending these signals or if you are massaging the truth. For example, if you find that he is sending these signals, but to another girl (or many girls!), it may be time to consider how to deal with the possibility that he actually likes someone else or is just a flirt at heart. But for now, have fun with this list and get ready to put on your super sleuth hat!

Body Language, What He Says, Patterns in Communication and His Friends:

If he makes a point to share intense eye contact with you, or he noticeably avoids eye contact, he may be interested in you. The key is noticing whether your presence affects him differently than people you know he is platonic with.

Studies show that people tend to raise their eyebrows slightly when they see something they are attracted to. This eyebrow raise can be nearly imperceptible, so pay attention!

In addition to eyebrows, studies show that men tend to unconsciously point their feet toward the person that they are interested in. This signal is less telling than some of the other signals since various things may prevent your crush from moving his feet position. However, if you want to test it out, see if anything changes in his positioning if you move places when in the same room as him!

Generally speaking, if a guy is interested in you, he will try to figure out ways to casually touch you. Whether he is putting his arm around you or brushing up against you unnecessarily, he may be sending you signals-especially if he doesn’t act like this around other girls!

5Interest in your life

Even though your platonic guy friends show interest in your life too, if a guy is interested in you romantically he will try to get to know you whether or not you are established friends. On the other hand, if you notice he is polite with you, but asks personal questions to your girlfriend about her likes/dislikes, family situation etc, he might like her instead!

6How he responds when you talk about other guys romantically

If he has an interest in you, you will probably detect signs of jealously or discomfort when you talk about other guys. If you use this as a tactic to make him jealous, be careful not to take it overboard because you may convince him you are unattainable.

7Remembering things you told him

If he forgets something important that you told him, he may not have a crush on you. When you have a crush on someone, you tend to hold onto his every word. Unless you know he is a super forgetful person, you should not take it as a good sign if he forgets things you say to him.

8Does he make excuses to talk to you?

Oftentimes, when you have a crush on someone, you spend time thinking up ways to communicate with them. Since people with crushes are self-conscious and don’t want to seem obvious, they usually make an excuse to justify the communication. If you notice that he is reaching out to you for things that you know he could have asked someone closer to him, or always reaching out under the pretext that something (like a song) reminded him of you, he may indeed have a crush!

9Does he always respond to your texts/messages?

If you notice that he doesn’t respond to your texts/messages more than once, he probably doesn’t like you in that way. His lack of response is probably not intentionally rude, but he definitely would never consistently forget to respond to a girl that he had a crush on.

10Can you identify a pattern in how he communicates with you?

If he always texts you a certain amount of time after hanging out, or between the time when you last spoke, odds are that his communications are calculated and reveal a crush. If he thought of you platonically, he wouldn’t feel the need to control how he communicated with you. Patterns reveal that a thought process and motive are involved, and people text their platonic friends without thinking about it

11Does he communicate differently with you than with his friends/other girls?

This signal is essential. Ultimately, it is impossible to treat your crush exactly the same as platonic friends/acquaintances, even if you try to. If you notice that he communicates noticeably differently with you than other girls or his friends, he probably has a crush. For example, if you hear his friends teasing him about how he never responds to texts, but he always initiates and responds with you, that is a very good signal that he likes you!

12Do his friends talk him up to you?

A guy’s friends can be super helpful in finding out whether he has a crush on you. If you notice that his friends are always “casually” mentioning how great this guy is, especially if he’s single, they are probably trying to be “wingmen” for him!

13Do his friends act strangely when you are around your crush?

If you notice that your crush’s friends make cryptic comments and make funny faces at him when you are around, they may be revealing that they know he likes you!

14If you are brave enough to tell his friends how you feel, do they seem enthusiastic or do they get awkward?

Assuming that your crush has told his friends that he likes you, the best way to find out the truth is to ask his friends. They will probably tell him that you spoke about your crush on him, so you have to be brave enough to accept any awkwardness that could accompany that. However, if they seem enthusiastic when you ask, you’re golden! On the other hand, if they get awkward and uncomfortable when you ask, they probably don’t want to break the bad news to you.

As you can see from this list, there are a number of ways you can tell if a man likes you, you just need to pay attention! The bottom line is that, unless he is a robot, there are certain signals he will send if he likes you. Some guys are more committed to hiding their feelings than others, but if he likes you, it is impossible for him to always be on guard so you are bound to be able to take advantage of some of these tips! While we hope that your sleuthing reveals that your crush likes you back, if you conclude that he probably doesn’t, you will eventually find a guy who realizes how amazing you are!