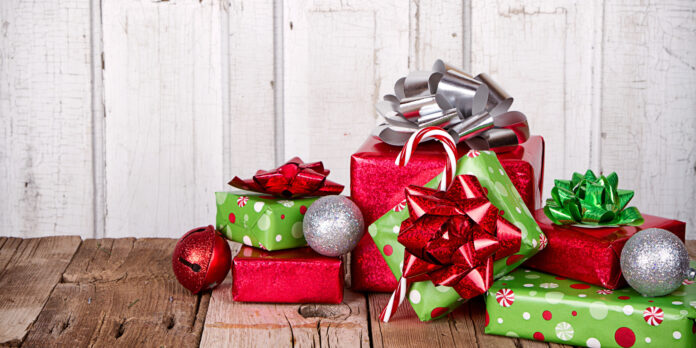 Christmas Gift Ideas For Him

During the cold winter months when men can’t be outside, they need something to do or something to look forward to to keep their cabin fever from getting too bad. Christmas falls right in the middle of those cold winter months, giving us the opportunity to help them get undepressed and look forward to the months filled with lots of outdoor time. Check our list of unique Christmas gifts for him.

These are just really cool. I want one and I’m not that exciting of a person! Your man will think it is so cool watching himself climb a rock wall, hike up a mountain, jump his dirt bike, or whatever it is that he does outdoors. If these are a little too pricey for you there are several other brands that make similar cameras.

If you get him a GoPro or if he already has a GoPro, the next step would be to get him a drone he can attach the GoPro to. Talk about hours of entertainment when spring rolls around. He can take it on camping trips, vacations, or sporting events to capture some incredible footage.

Go ahead and book a hotel or campsite for a weekend during the spring or summer at a nearby state park, favorite fishing hole, or other outdoor recreational area. You could even plan several trips and mark them in a calendar and give him the calender on Christmas Day, maybe along with something else on this list.

If you don’t think your man can wait until spring or summer for some outdoor recreation, plan a ski trip or something outdoorsy you can do now while it’s cold. Sledding, ice skating, or even have a backyard campfire and make s’mores.

If you man is a gamer, a new game he’s been wanting or even a game system will surely cheer him up until he can spend his afternoons and evenings outside. If your man isn’t really a gamer but loves hunting and fishing, the Nintendo Wii has tons of those types of games that are super easy and fun to play.

If he plays sports on a church team, work team, or with his beer drinking buddies during the summer, get him a new football, bat, mit, or whatever he needs. I know his duffel bag has to smell gross, maybe get him a new one of those.

7Netflix or something related

Hulu, Amazon Fire Stick, HBO GO, the list goes on and on. This will keep him entertained during the cold winter nights as well.

Like one of those warehouses full of trampolines, or an indoor rock climbing place, shooting range, or even a membership to a gym. Just something to get him active, even if it is just for a few hours.

New gloves, coat, ski pants, or anything else he needs to have some fun in the snow or cold weather. Maybe even write a note to put in the gift that says “I challenge you to a snowball fight.”

To eat while watching his new Netflix account of course! Men love food, if you give him food he will love you forever. I think food is a great distraction for anyone, for example, girls and our periods! We eat Oreos or anything chocolate and whatever else we want to distract us from the uncomfortableness. Food for you man will surely do the trick for curing his cabin fever.

11Something for his truck or car

I couldn’t even begin to tell you what my boyfriend wants for his truck, so maybe a gift card to an auto parts store is a better idea? If you know exactly what you are looking for or what he wants you should definitely surprise him though! He will be so happy you listened to him when he was rambling on about his car too.

12A new tent or sleeping bag

Yeah… you know the old ratty sleeping bag he’s had since freshman year of high school that smells like death. Get him a new one. He will be super excited for the day he finally gets to use it.

It’s like a gift basket, but better! Get him a new knife, water bottle, multifunctional tool, and anything else you can find in the sporting goods store you think he will like!

This will for sure get him excited about the upcoming warm months when he gets to do all those fun things outside!

If your man is anything like mine, he wants to cook out and grill something every single night. Get him a new grill, utensils, or spices. Maybe even get some new margarita glasses too for your backyard BBQ’s.

16Vinyl and a record player

If you’re looking for unique gifts then this one is a winner! This doesn’t really have anything to do with getting him out of the winter blues, but if he loves music this is a great option. Vinyl and record players are just super neat!

17Tools and/or something to build

Buy him a project he can work on until spring is in the air. Hobby stores have tons of fun stuff he could build, but if he’s been wanting a new desk or something manly in his man cave (see next) maybe get a football ball or air hockey table.

18Cool gifts for guys : Something cool for his man cave

If you’re looking for cool gifts for guys and your guy has a man cave you know he would probably love a Kegerator or something awesome like a bearskin rug or a flat screen TV. If he doesn’t have a man cave, maybe find a way to get him one. If you have a spare bedroom that never gets used or shed out back that needs a little TLC this would be the perfect opportunity for the both of you to work on getting him his own space and killing the boredom of winter.

The hottest new cooler and coffee cup maker. They are really amazing works of art. I have a Yeti coffee cup and my coffee stays hot for a really long time. I got my boyfriend a Yeti cooler for his birthday and it keeps ice for DAYS! He was super excited to have a quality cooler. Again these are a little pricey and there are knock off brands, but a Yeti is where it is at.

Straight up, no lie, my boyfriend asked me for socks and underwear for Christmas and we hadn’t even been together that long yet. I refused and got him something that I thought was cooler. When Christmas day finally rolled around his mom got him socks and underwear and he was so extremely excited… I was dumbfounded and still am, but that’s what he wanted.